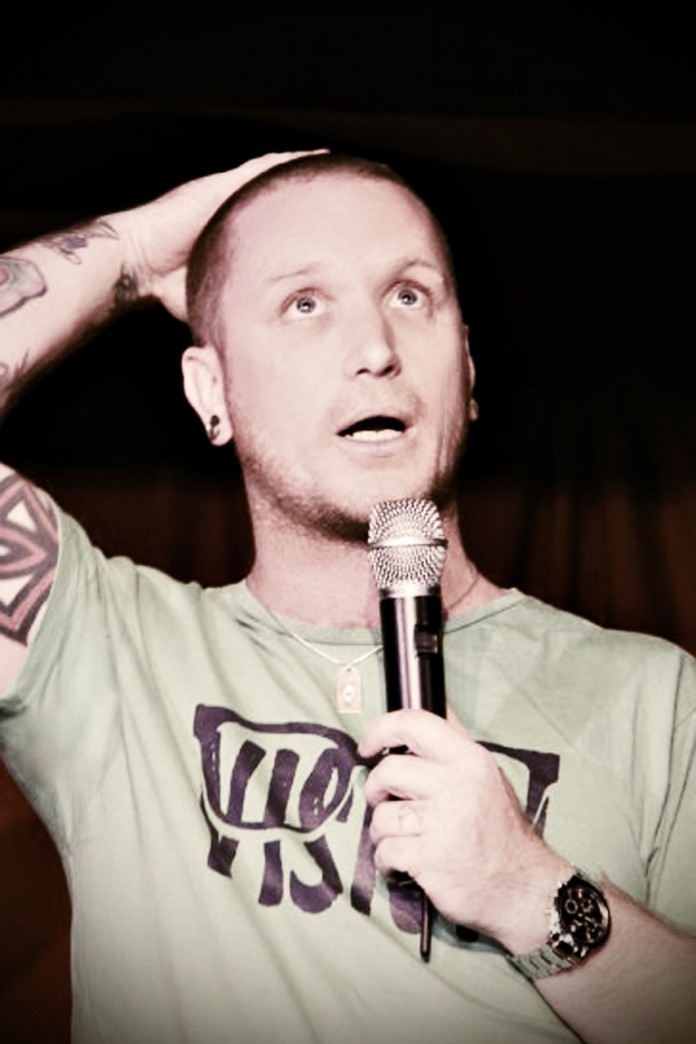 The laughs keep coming at the Byron Brewery with Comedy in the Garden warming up those winter woes.

This month sees Steven J. Whiteley take the stage as the Comedy in the Garden headline. Steve has been performing stand-up comedy for over 10 years. He’s travelled to every corner of the country, and performed at nearly every major festival Australia has to offer.

His highly successful Adelaide Fringe and Melbourne International Comedy Festival shows, Natural Born Komedian and *Natural Born Komedian 2 – Born Again*, attracted the attention of Mary Tobin, who asked Steven to compere one of her productions “The Best of the Ed Fest”, with none other than Stephen K Amos and Ed Byrne.

Steven returned to his hometown of Brisbane in 2004, and quickly started supporting national and international acts including, Steady Eddie, Chris Franklin, Greg Fleet, Gary Who and Jimeoin.

He took a two year hiatus from comedy in 2008, but returned to the stage in 2010 to critical acclaim. He has been described as “The Bogan Prince Of Comedy” and his anecdotal tales of growing up and living as a bogan resonate with crowds everywhere leaving them roaring with laughter. In 2012 Steven recorded and released his first full length DVD titled “a*nd another thing!!!”

MC is Internationally famed comedian, the unstoppable Jonathan Atherton. Just back from another stint in Singapore, this multi lingual comic takes the reins on Friday 4 August with a guest appearance by musical comedy sensation and local RAW comedy 2017 winner, ‘Vorno’.