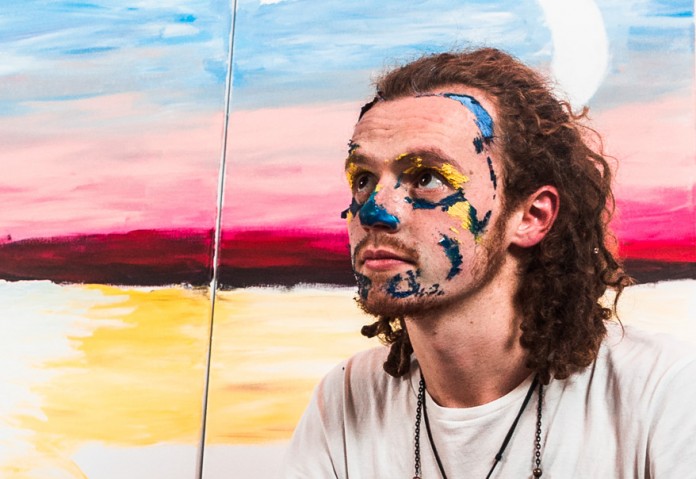 Creatives who make it their career tend to work around the clock and it can sometimes be a struggle to find a balance between work and play. Brisbane-based guitar slinger and soul singer Graham Moes has found himself in that same struggle from time to time, capturing this inner conflict in his band’s new single ‘Heartwork’.

It was only April that Brisbane’s soulful Big Band rockers, Graham Moes & The Petrichor [phonetic spelling: Pet-tree-kor], had released the single ‘The Helm’ that reached #7 in the AMRAP Regional Charts and received national radio play on Triple J.

‘Heartwork’ is indeed a play on “hard-work” and “art-work”; although being a full time creative is a labor of love, it can still take a toll on the soul. Moes has stated: “This song is an open dialogue with myself, questioning whether or not I have found a healthy life-balance between my full-time creative career and taking time off.”

Much like their previous single (’The Helm’), the new track comes through with the grooving, upbeat goods that helps shed the negative for the positive. It would not be The Petrichor without the three-piece horn section and their intricate lines playing a leading role in the dynamics of the track. Moes’ ‘Heartwork’ seems to be showing he is honing in on his craft, delivering another stellar soul/ roots/ rock tune.

Graham Moes & The Petrichor will be launching their newest single on Thursday, 24th of August at Brisbane’s Bearded Lady with Pink Matter supporting. Following the launch are shows at Hotel Brunswick in Brunswick Heads on the 10th of September and Byron Bay’s Treehouse on the 23rd of September.