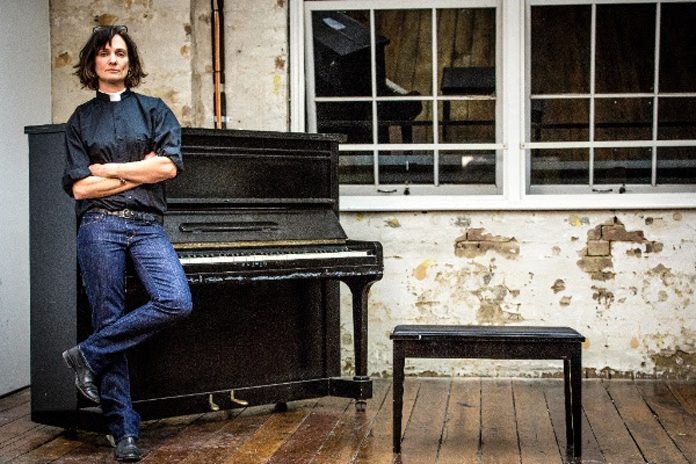 A mesmerising piece of playwriting – generous, compassionate and subtle – The Events was the sleeper hit of the 2013 Edinburgh Festival. For this Australian production, the brilliant Catherine McClements (Wentworth, Rush and Tangle) returns to the stage, joined by local choir Vox Caldera in an extraordinary blend of theatre and music.

Claire is a minister and the director of a choir that meets regularly in a local hall. It’s made up of all sorts: the lonely, outsiders, strangers – and the privileged, the comfortable. In short, she has built a community. But when a disaffected young man enters the hall and opens fire with a semi-automatic, this community – and the ideals that formed it – are blown apart.

After the event, a dialogue unfolds between Claire and a young man. She is unpacking the Pandora’s box of herself – her rage, her fears, and ultimately some hope. The young man is something else: the voice of the alienated, an enemy within, a lost generation. He plays many roles, but in an era of Port Arthur and Martin Place they all ask the same big question: How do we live together knowing it can all come apart in a moment?

The Events is performed with a different community choir in each location it is performed. For its NORPA season The Events will feature local Northern Rivers choir Vox Caldera, who also performed in NORPA’s production of Railway Wonderland at Lismore’s abandoned train station.

The Events, in a co-production by the Actors Touring Company, the Young Vic Theatre, Brageteatret and Schauspielhaus Wien, was first performed at the Traverse Theatre, Edinburgh, in August 2013.

“A mesmerising piece of playwriting – generous, compassionate and subtle – The Events was the sleeper hit of the 2013 Edinburgh Festival” – Theatre Now

“The Events, like a puzzle, lays out its pieces and asks you to put them together. It’s a captivating, thoughtful exercise” – Aussie Theatre

“It was impossible not to be moved ★★★★” – The Sydney Morning Herald

“There are probably no issues more pressing than those pertaining to immigration, terrorism and mass shootings. Trying to make sense of these realities has become an everyday fixation in many of our lives,…. The Events is a timely and sensitive expression of those concerns ★★★★” – Suzy Goes See