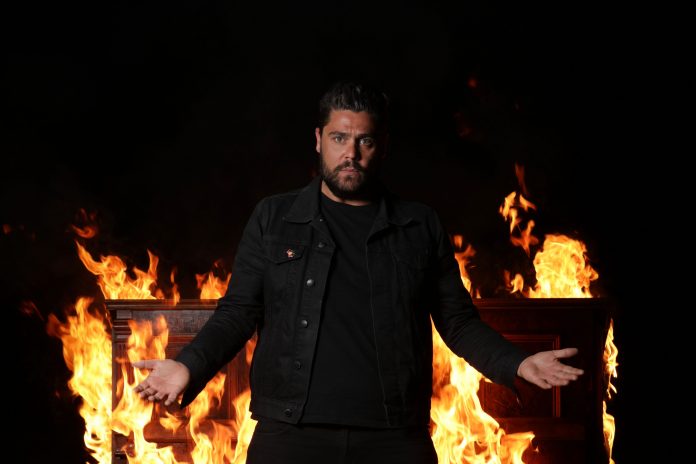 After wowing audiences at WOMADelaide and Bluesfest, Dan Sultan has announced that The Brunswick Picture House will be the only Northern Rivers show on his intimate Killer Solo Tour.

Stripping back to basics – just Dan Sultan, his piano and guitar the unstoppable Melbourne musician has expanded his current Killer Solo Tour to a whopping 45 dates, from coast to coast.

Each intimate and acoustic performance will see Sultan reimagining all of his most recent release, the stirring ARIA #5 debuting, critically acclaimed Killer (out now via Liberation Records), including singles ‘Hold It Together, ‘Kingdom’, ‘Magnetic’ and fan-favourites ‘Cul-de-sac’ and ‘Reaction’. In addition fans will be treated to a handful of classics from his decade-long back catalogue (expect hits from Blackbird, Dirty Ground, Get Out While You Can and Homemade Biscuits).

To watch Dan Sultan hold an audience in the palm of his hand is to see a storyteller unafraid to lay it all out there: his troubles, desires and all those tales dragged from his life onto the stage. Ever since Sultan delivered his debut album, Homemade Biscuits, in 2006 at the age of 22, music lovers from all walks of life have found a home in his ability to bare his longings and his wounds, his rich and soulful voice spilling all sorts of guts and glory over memorable rock, roots and blues hooks.

Yet, there has also long been the sense that Sultan is the baton-holder of Australia’s greatest musical potential. Though swarms of festival crowds and a collection of NIMA (Album of the Year, Song of the Year) and ARIA (Best Rock Album) awards might suggest otherwise, there’s a lingering feeling that Sultan’s boundless talent and gift for storytelling have been building, striving to be truly realised by the man who contains them. Even as 2014’s Blackbird album cracked the top five of the ARIA Albums Chart and was certified gold, many were talking about what might come next.

On Killer, Sultan steps out as the songwriter he has always promised to become. From the erupting gospel chorus of first single ‘Hold It Together’ to the jazz-inflected lilt of ‘Should’ve Known’ and the classic FM pop nous of ‘Reaction’, Sultan’s fourth studio album makes itself known as the record on which Dan Sultan becomes that rarest of things: his own musician. By the time Killer reaches its closing track, ‘Easier Man’, Sultan delivering a painfully honest reflection on how his inner demons have played out, nothing short of a national treasure is unveiled.