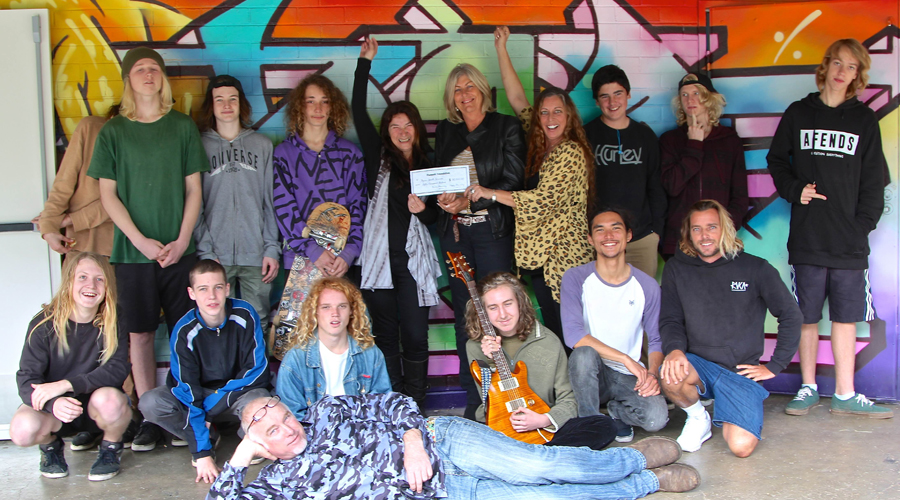 A $50,000.00 donation from the Flannery Foundation, the charitable organisation run by Brian and Peggy Flannery, owners of Elements of Byron, The Sun Bistro and the new Byron Bay Train, was announced by Sun Bistro Manager Anthony Connor (otherwise known as Twig) on behalf of the Flannery’s.

The Flannery Foundation works to support existing grass roots humanitarian projects. Locally their focus has been on providing much needed funding and professional support for the critical work of The Buttery in Tintenbar, an organization the Flannery’s have been involved in since 2010.

“We’ve been quite blessed in our life so we feel it’s important for us to put back into the community” said Peggy Flannery. “I took Nicqui Yazdi on a tour of Elements of Byron a couple of years ago and was impressed with what she told me of the work of the Byron Youth Service. We are very happy to provide a little support”.

The main focus of The Flannery Foundation is homeless women and children and children at risk. They support over 25 charities on an ongoing basis including Street Swag, Food Bank, ACT for Kids, Redkite, Bravehearts, Anglicare and Multicap. “Without support from the local community, including organisations like The Flannery Foundation, Byron Youth Service may not survive into the future. It’s important that we all support Byron’s young people as they are our future”.