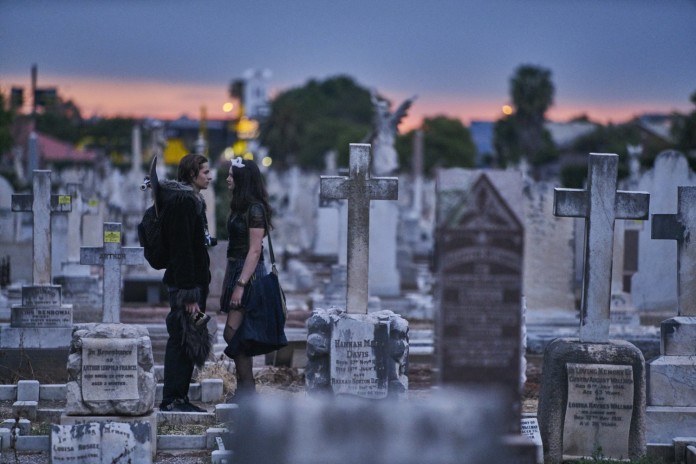 Boys in the Trees is an Australian film about teenagers finding their way amid a mass of competing loyalties and emotions.

Young Corey (Toby Wallace) is at the crossroads between past, present and future, and looking for a fresh start.

Can he escape the time-wasting and destructive “fun” he has alongside best friend Jango (Justin Hoborow). while re-examining and remaining loyal to his old buddy Jonah, a victim of Jango’s marauding “grommits”?

Will he have the courage to break free of the bullies and spread his wings in the world?

When the estranged Corey and Jonah find begrudgingly find themselves walking home together on Halloween 1997, they embark on a surreal journey through their memories, dreams and fears that becomes truly macabre.

Directed by Nicholas Verso, Boys was produced by Mushroom Pictures, an Australian production and distribution company which recently produced the mini-series Molly and has produced feature films such as Chopper and Gettin’ Square, and distributed Sound City, Unity, Heaven Adores You, Wolf Creek, Cedar Boys and Russian Doll.

Boys in the Trees will go on general release in Australia following the Byron Film Festival.

Tickets for Boys in the Trees and other BBFF16 films are on sale now at www.bbff.com.au