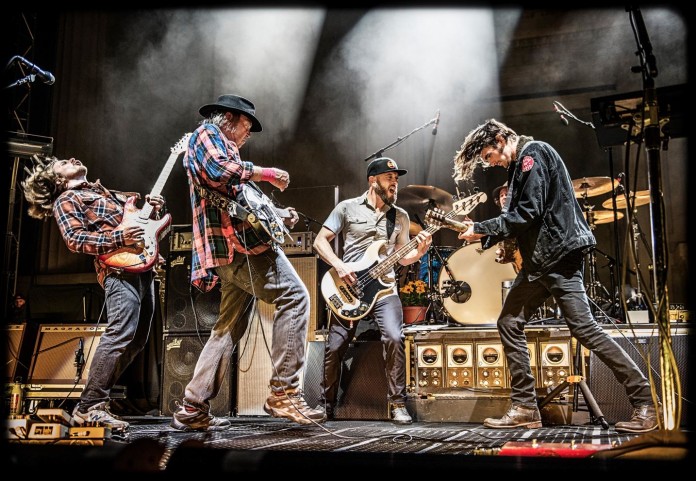 Bluesfest Byron Bay is delighted to announce that on Friday 14 April 2017 Neil Young + Promise of the Real will play a three hour set at Bluesfest Byron Bay. They join the illustrious names already on the bill including Santana, Zac Brown Band, Patti Smith, Mary J. Blige, Buddy Guy (exclusive), The Doobie Brothers and many more.

This announcement proves that in 2017, Bluesfest is capable of bringing together a line up of artists that is as good as their best ever. Incredibly there is still more to come with another major announcement scheduled for Sunday 9 October at 9am AEDT.

For this guitar-centric, full steam-ahead and highly-charged concert, Young is joined by Promise of the Real, an LA-based rock band fronted by Lukas Nelson (vocals/guitar), along with Micah Nelson (guitar, vocals) and their band. They have performed with their father, Willie Nelson and Young on previous occasions and wowed Bluesfest with their exceptional sets this year.

From Thursday 13th to Monday 17th of April 2017 over the Easter long weekend the Tyagarah Tea Tree Farm, just outside of Byron Bay will come alive when thousands of festival goers attend Australia’s Premiere Blues and Roots festival. Featuring multiple stages with 12 hours of music each day, an eclectic range of food and market stalls, on site camping and free parking, Bluesfest Byron Bay 2017 will be the place to be this Easter.