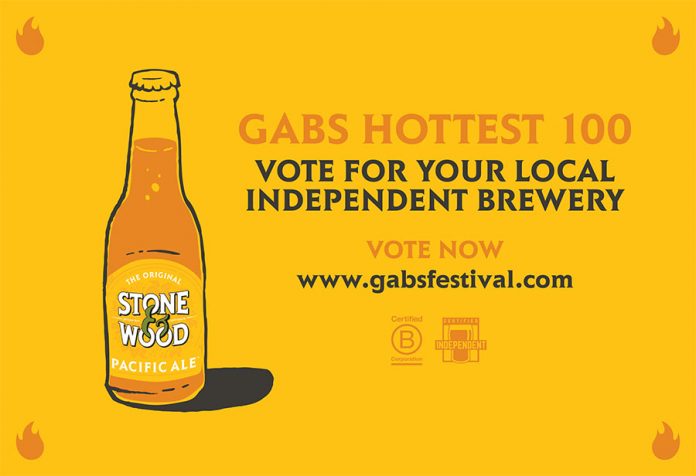 For some, there is the Triple J Hottest 100… For Australian breweries, it’s the GABS Hottest 100 Craft Beers Poll!

Independent Northern Rivers brewery, Stone & Wood have made it in the top 3 for the past eight years and have come out on top in 2015 and 2016.

Help them get their Pacific Ale back to number one for 2018!

Show your love and support for this local business that is celebrating their 10 year anniversary by jumping online and voting for the original Pacific Ale and their other beers including Cloud Catcher and the rebranded Green Coast Lager.

Described by Australian Brews News as “the largest and most influential people’s choice poll in the land”, the annual GABS Hottest 100 Craft Beers of 2018 poll will see thousands of beer fans around Australia and New Zealand vote for their five favourite craft beers of the year and then enjoy the countdowns on 27 January 2019.

Any brewery is able to enter, so by voting for your favourite independent breweries you are directly supporting small to medium businesses who are trying to do good in their communities.