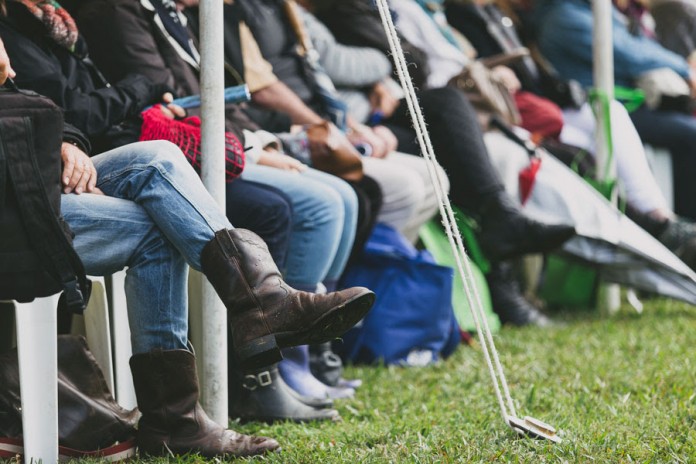 The countdown is on! In two weeks we will open the gates to the 21st Byron Writers Festival. This week we highlight our stellar line up of musos and memoirists, whose stories will make the heart sing.

On Friday 4 August, join rock icon Jimmy Barnes, in conversation with comedian and columnist Mandy Nolan, about his bestselling 2016 memoir Working Class Boy. Next up, prolific muso and front man of The Cruel Sea, Tex Perkins joins Bec Mac to talk about a life in music, coinciding with the release of his biography.

From rock songs to those of the war boys, Deng Adut discusses another kind of refrain. In a session called ‘Overcoming Adversity’, Adut will talk about his journey from Sudanese child soldier to refugee and human rights lawyer, along with other extraordinary characters, Cosentino, Graham Innes and Ben Mckelvey. Later, Tracey Spicer, in conversation with Lisa Wilkinson, invites us into the real world of television, revealing with wit and humour, the darker truths of an industry she loves dearly.

On Saturday morning, get into the swing of it with the music memoirists, when Andrew Ford, Mark Holden and Barry Jones discuss making stories out of lives spent making music. Then Nikki Gemmell joins Chris Hanley to talk about her brave and honest memoir, After, in which Gemmell attempts to understand her mother’s ‘death of choice’. Also catch Sarah Blasko in conversation with The Saturday Paper’s Erik Jensen, or eavesdrop on Jimmy Barnes and Tex Perkins as they discuss their ‘Rock’n’Roll Lives’.

Later in the evening, Jimmy Barnes will appear in conversation with Matthew Condon, at a feature event in Lennox Head, and Sarah Blasko will perform live at ‘Bedtime Stories’, at Byron Theatre.

On Sunday, acclaimed musician and debut novelist Holly Throsby will take us behind the page in the session ‘Blood, Sweat and Tears: The Writing Process’, while the masters of criticism and broadcasting, Andrew Ford, Sebastian Smee and Peter Thompson join forces to discuss their favourite topics: Art, Music, Film and Books. And finally, two of Australia’s finest singer-songwriters, Sarah Blasko and Holly Throsby, appear together in ‘The Music Makers’.

Don’t miss this opportunity to meet the writers who fearlessly shed light on real-life experiences. From rock legends, to skillful lyricists, survivors of hardship and bastions of hope, their stories will surely move, entertain and enthral.