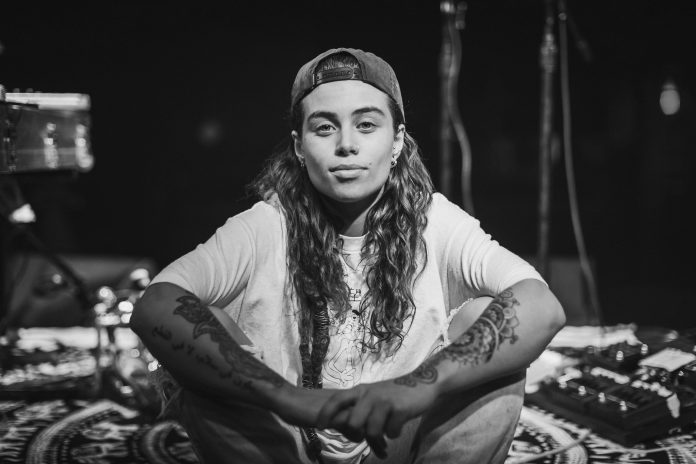 Bluesfest is thrilled to announce Australia’s most popular contemporary artist, the incredible Tash Sultana will close their main stage on Thursday March 29. She joins Gomez, The Original Blues Brothers Band, Leon Bridges, Jason Isbell, Rag ‘n’ Bone Man and many more in what is one of the most impressive opening days the festival has seen.

Bluesfest is pleased to be giving Tash’s many fans another opportunity to witness this amazing artist. Her highly anticipated appearance on Easter Sunday is expected to sell out on the day, if not before. Other acts rocking Byron Bay on Sunday 1 April include Sheryl Crow, Melissa Etheridge, John Butler Trio, First Aid Kit, Ziggy Alberts, Seal, José González and more; it is easy to understand why it is such a hot ticket.

Friday is also close to a sell out at Bluesfest 2018, with Robert Plant playing and an exclusive performance from Ms. Lauryn Hill it’s a night not to be missed for music lovers. Despite rumours there is a tour to be announced, Bluesfest assures Ms. Hill’s fans that this is an exclusive appearance, and there will not be any other performance in Australia scheduled for 2018.

In news that will make Reggae fans very happy, Bluesfest is proud to announce that four original members of The Wailers will be playing each night at the festival this Easter. These men worked and created music with Bob Marley and continue to honour his legacy through music. Bluesfest will be an historic event – this many original Wailers have not played together since the early 1990s.

The band will be led by the legendary Aston ‘Family Man’ Barrett on Bass. In addition to being one of The Wailers original members, he also worked on some of Marley’s most beloved albums including ‘Exodus’ (1977) and ‘Confrontation’ (1983).

Family Man is joined by keyboardist Tyrone Downie who joined Bob Marley and The Wailers in the 70s. He’s also known for being the subject of Grace Jones’ song My Jamaican Guy. Guitarists Donald Kinsey and Junior Marvin who played with Marley throughout the 70s will also make the trip to Byron Bay this Easter.

Those in attendance at Bluesfest will hear the band members who made such timeless music with Bob Marley, as Family Man continues to fulfil the promise he made to Bob as one of his final wishes…to keep his music played live.

Bluesfest kicks off in just three weeks on Thursday March 29 at The Tyagarah Tea Tree Farm, just outside Byron Bay.

THE 2018 ARTIST DAILY PLAYING SCHEDULE IS AVAILABLE ON BLUESFEST.COM.AU
Festival and Camping tickets are now on sale through bluesfest.com.au or by phoning the Bluesfest office on 02 6639 9800