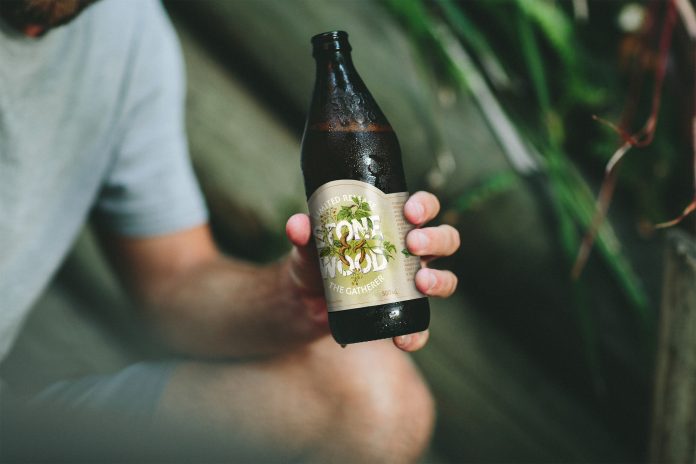 With the return of balmy evenings filled with the sound of cicadas calling out, it’s time for Byron’s local, independent brewery to release their summer seasonal, The Gatherer.

Inspired by their brewing ancestor’s slower lifestyle, who would experiment with locally sourced produce in their beer, The Gatherer is brewed with seasonal ingredients and the recipe is changed up each year.

Similar to their winter release, Stone Beer (available in June), both seasonal releases pay homage to ancient brewing techniques, and a time when things were slower and simpler…

The Gatherer 2018 is a thirst quenching American Wheat Beer. Dry hopped with Galaxy, The Gatherer has zesty ripe fruit aromas and a fresh tartness from the addition of sour cherries, native Northern Rivers finger limes and river mint. The pinkish hue, hinting at its subtle sweetness is balanced with malt and wheat, finishing smooth and dry.

Head Brewer Caolan Vaughan is super excited to see how it is received, particularly as the peak of summer hits.

“The Gatherer’s crisp and refreshing tartness from the addition of sour cherry makes it an incredibly refreshing beer” he said.

A remedy for the blistering hot days of summer, The Gatherer will be hitting shelves and going on tap at select venues across the country this week.

For where to find The Gatherer check out the venue listing on Stone & Wood’s website, or purchase a carton via their Online Store.