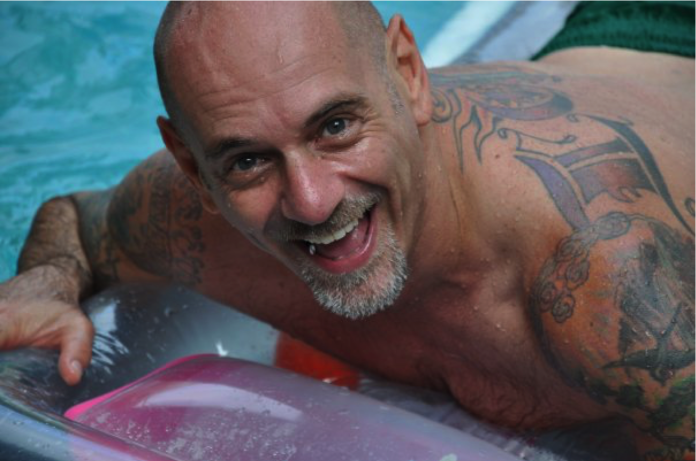 Raising more than $2,500 for local charities in the first 3 months of operation, Cunning Stunts brings the community together in an all inclusive way, whilst raising much needed funding for beloved and deserving local charities.

Building momentum in dancers and donations, this fourth event is fundraising for Mullumbimby Women’s Resource Service, helping support women and their children experiencing domestic and family violence. A subject far too often in the news of late and one that needs all of our community support.

Headline act Stephen Allkins brings more then four decades experience in moving bodies on the dance floor. Stephen is considered dance-music royalty in Sydney. Delve a little into his long, long career and you start to understand why. As one of the true pioneers of dance music in Sydney & playing the very first disco clubs & warehouse parties circa 1978, he’s the original DJ’s DJ who has seen and done it all. His studio work with Paul Mac as “Love-Tattoo” has produced club classics including “History of Disco” amongst others.

Stephen was one of the the first Australian DJ’s to program RAGE on the ABC and to this day his live sets and productions are highly sought after.

New York had Larry Levan, Chicago had Ron Hardy, Sydney had Stephen Allkins and now Byron Shire luckily has him as a local resident.

You will get to hear him play a very special extended set at the 20th March Nudge Nudge Wink Wink FREE event.

Nudge Nudge Wink Wink events are family friendly with activities for the kids, with the chance to win great prizes whilst dancing for charity.

Fundraising at our events sees 100% of profits donated to local well deserving charities.