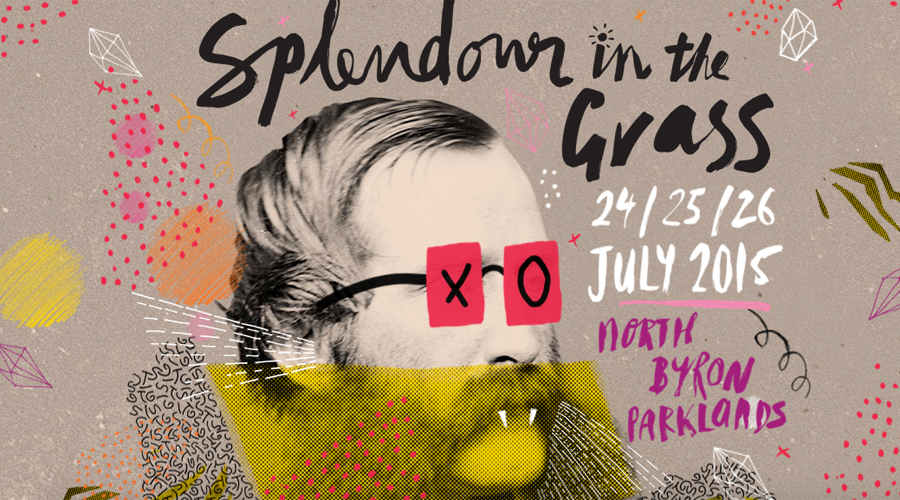 Come July the fields of North Byron Parklands will become a canvas bursting with so much more than astonishing live musical performances.

Each year the Splendour Arts program provides some of the most unexpected, unforgettable and Instagram-breaking festival moments from some of the world’s most innovative and boundary-pushing contemporary artists.

From performance installations, handcrafted micro-universes, epic inflatable sculptures and of course Splendour’s much-loved Tent of Miracles – one of Splendour Arts’ magical moments is never far away, you just have to keep your eyes peeled and Snapchat open.

The 3rd iteration of an ongoing collaboration between Bennett Miller and Splendour in the Grass, ANABAPTISTER follows on from BARNRAISER (2013) and RUMSPRINGER (2014).

Expect once again to encounter a mysterious community of people living and working within the festival grounds, joined this year by a series of special guests giving one off performances in the barn. On the final day of the festival, members of this unique community will be asked to decide between reaffirming their commitments in a special ceremony, or leaving their community behind for good.

Last year the Barcelona-based art collective Hungry Castle brought us the internet-breaking Lionel Richie’s Head and this year they present a giant inflatable sculpture of Nicolas Cage in a cage. You can face  off  with  Nicolas  Cage in a  cage. Yes.  You  can.  The  meme-inspired  cage  was  built  to  bounce. This is an artwork that reflects the internet and the internet’s effect on culture. Love him or hate him, you won’t break Nicolas Cage.

For the third year a new work by a different artist will take over the iconic entrance tunnel to North Byron Parklands as its canvas. Each artist has responded to the previous artist’s work and remnants remain of all three commissions. The 2015 commission will consist of large-scale flash symbols along the entire tunnel with a mixture of colours and backgrounds. The work will integrate with the previous works to create pattern effects distinctive to the artist Reko Rennie – an interdisciplinary artist who explores his Aboriginal identity through contemporary mediums.

Splendour in the Craft

Just when you thought the glitter aftermath was over, we’re back to shower you with shiny shit all over again!

This year we are pumping up the jam with more awesome workshops, free form body painting, crafty chill spaces and dancing in the dark than ever before!

Get ready to flex your makin’ skills with a craftastic array of workshops from some of Australia’s premiere craft freedom fighters – high fives to you Beci Orpin, Kitiya Palaskas,Fancy Free, Meet Make Create, Each to their own, Regular Wildcat and Craft Mafia!

Roll on up to Splendour In The Craft and get busy making Smash Those Bad Dream Catchers, Cool As F#%k Charm Bracelets, Pimp your Sunnies and Gum Boots, The People’s Republic of You Pennant and Flag Making and sew much more! The full crafty mofo lineup is on the website now!

In This Together and moving forward together – 2020 National Reconciliation Week