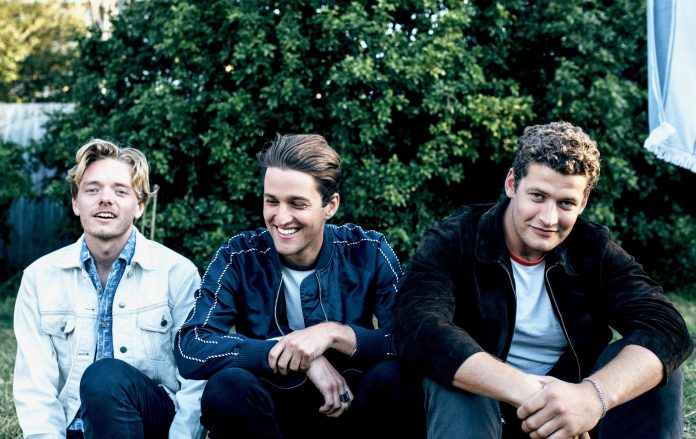 With a huge year ahead Sons Of the East have decided to go bigger and tour some of their favourite destinations around Australia.

Sons Of The East have now amassed 70 million streams and 16 million YouTube views as their worldwide popularity soars.

The band release their brand new single Silver Lining on March 1st and Sons Of The East plan to take their new songs and cute butts on the long and winding road.

Always a treat for the ears and eyes, come and celebrate the launch of their new single Silver Lining with Sons Of The East.

Silver Lining is the second single from the band’s forthcoming E.P Burn Right Through out April 5th!

Sons Of The East are an indie-folk band from the Northern Beaches of Sydney, Australia. Band mates Dan Wallage, Nic Johnston and Jack Rollins have already seen their music achieve 70 million streams and over 16 million YouTube views as their popularity continues to soar worldwide.

The band’s motley acoustic – electric sound has become a unique and charismatic trademark. Soulful, joyous and irresistible. With a huge year ahead Sons Of the East have decided to go bigger. March 1st they release their brand new single Silver Lining. An anthemic riff on hope and resilience, Silver Lining is set to become another timeless classic from Sons Of The East. On April 5th the band release their third studio E.P Burn Right Through.

To coincide with the release of Silver Lining and their new E.P the band kick off a massive tour starting with Australia in March and April before returning to the U.K and Europe in the spring of 2019 for their biggest and best tour yet. With their full five piece band, Sons Of The The East are taking their brilliant live show through 14 countries, playing over 40 venues and ten European festivals.