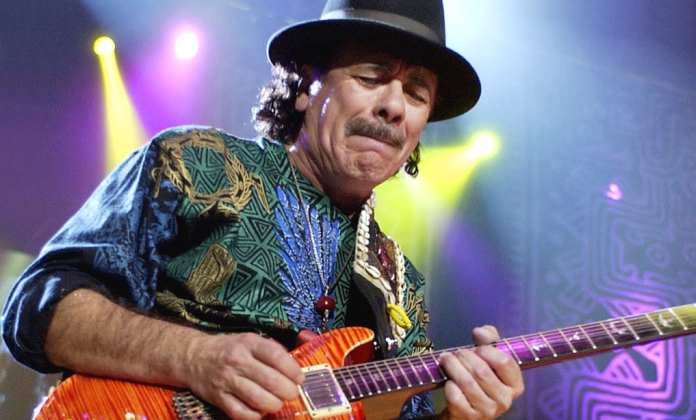 Today, Bluesfest Byron Bay, Australia’s much loved 5 day Easter Festival and recent winner of the ‘2016 Best Regional Event Award’ at the Australian Event Awards, delivers its fans two major and legendary artists, showing Australia and the world there is no stopping Bluesfest now!

Already 3 announcements under its belt, with more to come, the distinguished Santana with his band, as well as the mighty Doobie Brothers have now joined the 28th Bluesfest Byron Bay line up. This announcement comes just a week after Bluesfest added superstar Mary J. Blige to the extraordinary list of artists playing at the festival.

Delivered with a level of passion and soul equal to the legendary sonic charge of his guitar, the sound of Santana is one of the world’s best-known musical signatures. For more than four decades—from Santana’s earliest days as a groundbreaking Afro-Latin-blues-rock fusion outfit in San Francisco—he has been the visionary force behind artistry that transcends musical genres and generational, cultural and geographical boundaries

Long before the category now known as “world music” was named, Santana’s ever-evolving sound was always ahead of its time in its universal appeal, and today registers as ideally in sync with the 21st century’s pan-cultural landscape. And, with a dedication to humanitarian outreach and social activism that parallels his lifelong relationship with music, Santana is as much an exemplary world citizen as a global music icon.

The Doobie Brothers are also coming back to rock Bluesfest audiences. The Doobie Brothers’ legacy has been built upon not just hit records, but also an unrivalled commitment to musical integrity and a steadfast allegiance to their enthusiastic fan base. The band’s ability to evolve in a constantly changing industry and connections to generations of audiences is a testament to their craft.

Music lovers from across Australia will visit the beautiful Tyagarah Tea Tree Farm, just outside of Byron Bay over the Easter long weekend (Thursday 13th to Monday 17th of April 2017) for Bluesfest. During the festival they will enjoy 12 hours of music each day on multiple stages, incredible food and market stalls, on site camping in a range of accommodation options and free car parking for those who choose to drive.

“Here it is, after our Soul/R&B announce last week featuring Mary J. Blige, Bluesfest announces two absolute legends this week, Santana & The Doobie Brothers. You can only wonder who will be announced next (week?).

When you hear the first note of Black Magic Woman by Santana – you KNOW who it is you are hearing and the same with dozens of other songs. His signature guitar sound is unlike any other, it simply is his and his alone. It’s the same with everything he creates. Santana is music royalty – one of the greats. A hero to Latin people worldwide, and everyone else who loves his music too. Santana last played Bluesfest in 2013, this performance now legendary. It is one of the GREAT shows, and one that is still talked about. We are beyond proud to present Santana at Bluesfest on Sunday April 16.

The Doobie Brothers blitzed when they last played Bluesfest. They are simply a brilliant live band. They perform hit after hit, leaving their fans both old and new in raptures.

This is the announcement, along with those which came before, which shows that Bluesfest is serious about 2017 being its best line up yet. And there is plenty more to come. It is not a year to hold back on buying tickets. We have gone all out to present our best festival yet…..come join us.”