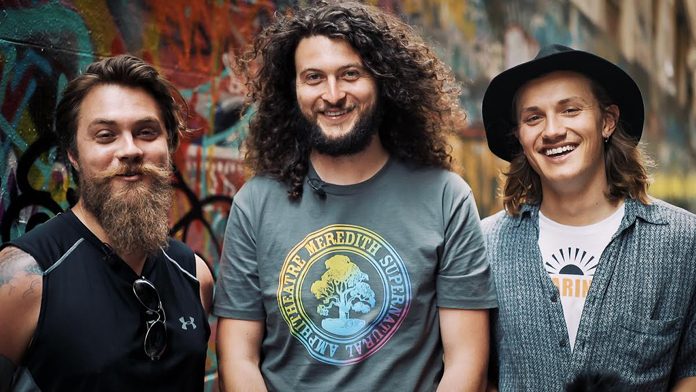 Honing their craft as buskers in Melbourne’s Bourke Street Mall, Malcura have captivated the Australian public with their distinctive sound, which fuses Flamenco instrumentation with Latin rhythms and a rock ’n’ roll mentality. Malcura create music for the soul; it’s a feeling as much as it is a sound.

“Malcura”, the band’s independent debut album, was released with a launch show on the Federation Square Main Stage in February 2016, followed by two East-Coast tours and extensive busking performances in support of the release. The album received tremendous support from Fiesta Jazz on PBS 106.7FM and high rotation on community radio nationwide, selling thousands of copies and receiving a nomination for the award of 2016’s “Best Global/Reggae Album” at The Age Music Victoria Awards.

Malcura have been packing out venues and dance-floors across Australia and have also performed at a number of major Australian festivals, including the Illawarra Folk Festival (NSW), Wallaby Creek (QLD), Bendigo Blues and Roots, St. Kilda Festival and Tanglewood NYE Festival. Their performances are alive with spirit, weaving through intricate arrangements with virtuoso musicianship and gusto.

Malcura have performed alongside the likes of Tijuana Cartel, Tash Sultana, The Pierce Brothers, Clowns, Kenta Hayashi (Japan), and Dallas Frasca; and even joined Mexican guitar heroes Rodrigo y Gabriela on stage at the Palais Theatre for an unexpected guest appearance that was met with a standing ovation. This once-in-a-lifetime opportunity served as the inspiration behind the trio’s single “Palais” and its stunning cinematic music video, which was filmed inside the Palais Theatre.

The much-anticipated second album from Malcura is currently in production and appears set to attract the attention of music fans across the globe. The band ensures it will be even more textured, daring and infectious than their first.

Catch Malcura for a free show at Byron Bay Brewery, this Saturday, from 7pm.