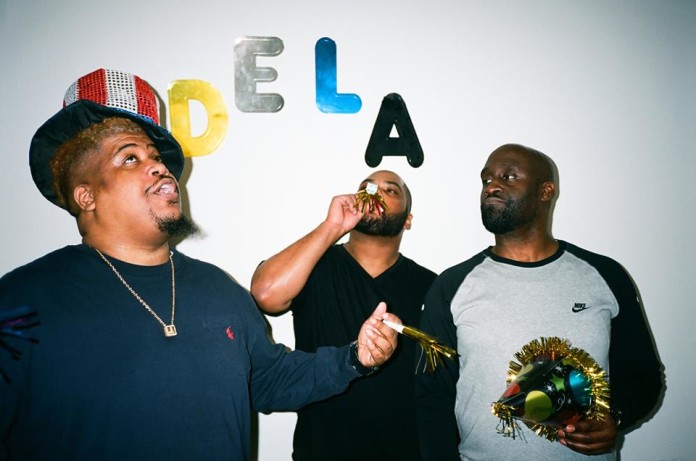 Coming off the back off the inaugural ‘Red Bull Music Academy – Weekender Sydney’ and the launch of their much anticipated new album, American Hip Hop trio De La Soul will grace five capital cities around Australia throughout November with their battle-ready rhymes.

Get ready for an un – missable LIVE performance with the funksters themselves: De La Soul. The Grammy Award Winning American group who have just released their new album ‘and the Anonymous Nobody,’ will be belting out their timeless hits including: ‘All Good,’ ‘Me, Myself & I’ and ‘Ring, Ring, Ring,’ alongside their latest tracks.

With more than a decade passing since their last album, in 2015 De La Soul called on their legion to repay the aforementioned debt and fund their newest work, ‘and the Anonymous Nobody.’ In an unprecedented response the group raised over $600,000 via Kickstarter to bring their vision to life.

Dave says: “This album is about lending to the scape of music in 2016, trying to give something, not for the sake of, we want to balance what’s going on or fix hip-hop. We just want to say something to the creative aspects of music.”

**Tickets on sale NOW via Moshtix**