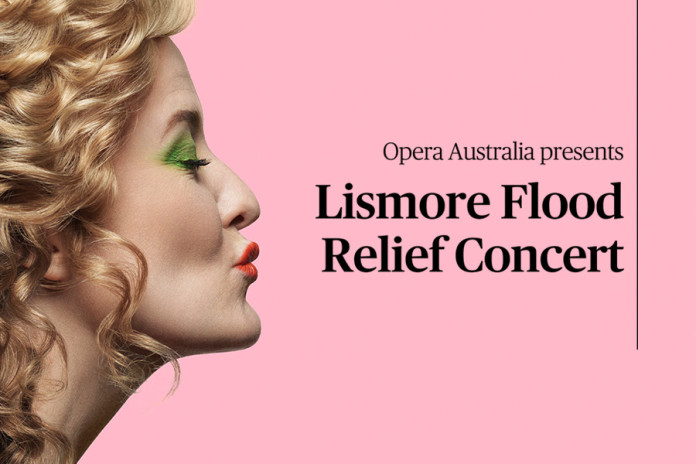 Opera Australia is putting on a special fundraising concert to support NORPA’s rebuild after the flood devastated the entire bottom floor of Lismore City Hall leaving the theatre company without an office, box office and rehearsal space.

The gala concert will feature the entire cast from The Marriage of Figaro (touring QLD, NT and WA July 8 – August 22) with a live chamber orchestra performing a selection of arias and ensembles from some of the world’s most loved operas including The Barber of Seville, Carmen and The Marriage of Figaro.

“We can’t thank Lyndon Terracini and Opera Australia enough for coming to our aid with this magnificent event,” said NORPA General Manager Patrick Healey “This is a once-in-a-lifetime opportunity to experience these extraordinary performers who are helping put the heart back in Lismore by supporting NORPA in our time of need.”

Lyndon Terracini, Artistic Director, Opera Australia said, “This flood relief concert is special for me because I founded NORPA in 1993 with a wonderful and enthusiastic group of people, and I’ve seen firsthand how devastating the floods can be in Lismore. I’ve lived through a few floods there and I know how destructive it can be to the community. When I heard of the losses that NORPA had endured because of the flood I felt that we should do something to help, so we’re coming to Lismore to do the benefit concert and all the proceeds will go to NORPA’s flood relief.”

A MESSAGE FROM OPERA AUSTRALIA

At Opera Australia, we know art is at the heart of every community.

We want to help Northern Rivers Performing Arts (NORPA) get back on its feet after the recent floods. So we’re adding a stop on our regional tour: a flood relief fundraising concert to support Lismore’s NORPA.

Gather some friends or bring the family, dress up a little or a lot, and hear our magnificent singers and chamber orchestra perform a thrilling concert of opera’s greatest hits.

There’s a reason these arias, duets and choruses form the soundtrack to emotional moments in movies and powerful advertisements – this is the greatest music ever written. Hearing it live and unamplified is an unforgettable experience.

Join us for this one-night-only concert at Lismore City Hall.

All proceeds go to NORPA to help rebuild their rehearsal space, office and box office.