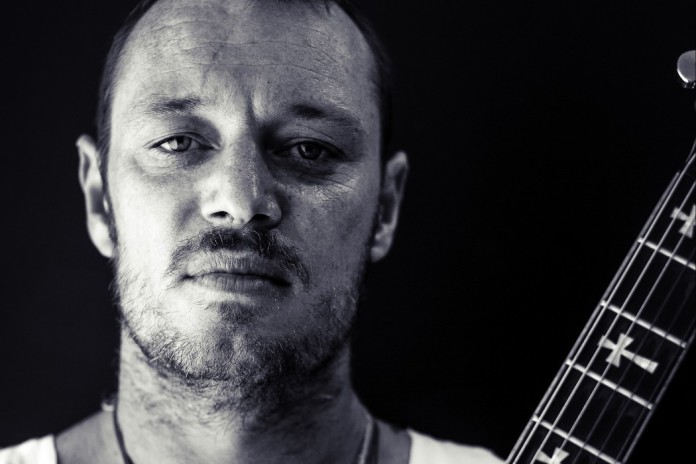 Psychic or sceptic, you’d be forgiven for thinking that a man born under a full moon, on a Good Friday the 13th, must have ‘something‘ to answer for? Well Marshall Okell is certainly up to ‘some-thing‘. As his timely arrival into the world set precedent, there’s certainly nothing ‘ordinary‘ about it.

Aptly named after two of music’s greatest rock/bluesmen (Jimi ‘Marshall’ Hendrix and Johnny ‘Dawson’ Winter) Marshall Dawson Okell was born on April 13th, 1979, into a Rock n Roll arena, with a guitar case for a crib.

Now in his 30’s and with up to 200 live gigs a year as part of his repertoire, Marshall has devel-oped into an Aussie rocking bluesman like no other. His ever expanding list of musical accolades includes awards for the 2012 ‘Best Blues & Roots Artist’ at the Oz Music Awards. He has also been a winner of the of ‘Album of the Year’, ‘Song of the Year’, ‘Best Male Vocal’, ‘Best Protest’ and ‘Best Blues & Roots Artist’ at the NCEIA Dolphin Awards.

Marshall will be stopping into Byron Bay Brewery on Sunday as part of the BBQ, Brews & Blues.

Along with the live foot stomping blues, there will be an American style smokin’ BBQ and of course some delicious craft beer to wash it down. It all kicks off at 2pm and it’s free entry.

KICKS OFF AT 2PM