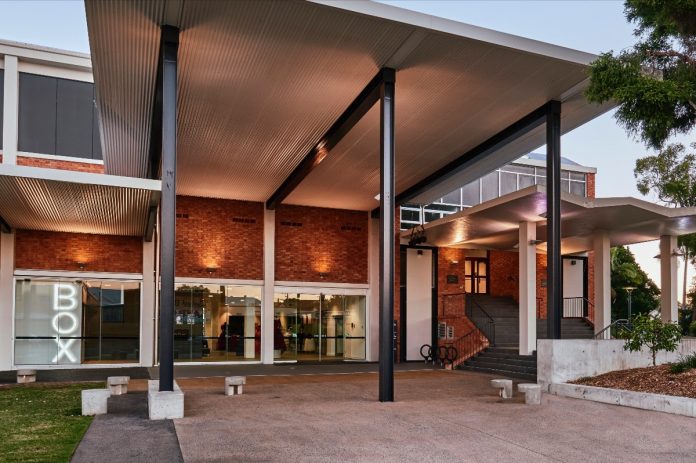 The Honourable Thomas George, Member for Lismore, has announced that NORPA (Northern Rivers Performing Arts) will receive $1.16 million dollars from the Regional Cultural Fund to upgrade Lismore City Hall’s sound and lighting equipment to the standard of a contemporary performing arts centre.

The $1.16 million is the final piece of two years of work and planning by NORPA to source and secure funding for the “performing arts centre project”. The project has been successful in attracting a total investment of just under $1.5 million dollars for Lismore. The upgrades will secure Lismore City Hall as the only contemporary performing arts centre venue between Coffs Harbour and the Gold Coast.

A key component of the project will be to replace the venue’s halogen lighting with LED lighting, significantly reducing Lismore City Hall’s operating costs and carbon footprint through reduced electricity consumption. The project also includes updating the Theatre’s staging, sound and lighting equipment to a standard that meets the technological needs of national and international touring companies.

Currently, NORPA hires in equipment at considerable expense in order to be able to stage its annual season and host performances from companies such as Circus Oz and Bell Shakespeare. As one of only a few regional theatre companies left in Australia still creating new work, cost pressures also apply when NORPA is staging and creating new independent works such as ‘Wildskin’ and ‘Djurra’.

NORPA Chairman David Wolff said, “NORPA is proud to have received the support of the NSW Government and is especially grateful to Thomas George for his support and efforts in securing the essential and major funding for this project. This is an exciting development for the Northern Rivers to finally have a contemporary performing arts centre that will directly contribute to the artistic vibrancy of NORPA and our region. The project will attract more performances while also helping to reach new audiences for NORPA’s homegrown works and our touring guests.”

The project includes a large LED digital sign that will be erected on the Bruxner Highway of Lismore City Hall. The sign will available to emergency services during natural disaster and emergency events to help get information quickly out to the Lismore community. It will also be available to Creative Lismore members to promote local cultural events including the Lantern Parade, exhibitions at the Lismore Regional Gallery and the Northern Rivers Conservatory of Music, helping to grow Lismore as a cultural destination.

Mr Healey said, “The new signage will increase the profile of Lismore City Hall as a venue and raise the awareness of cultural activities and events happening in Lismore. It is conservatively estimated the new signage will increase audiences by 8% in the first year. Our economic modelling shows that NORPA and the flow-on effects of the project create the equivalent of 93 jobs in the community. That comes about through visiting audiences, artists and crews purchasing accommodation, food and other services in Lismore.”

The impacts of the project will also provide great training and development opportunities for the region’s audio, sound and lighting technicians. NORPA Production Manager, Karl Johnson said, “NORPA is the anchor employer and trainer of lighting, sound and staging technicians in the Northern Rivers. We will be investing in their training as this new technology is a fantastic opportunity to upskill. Our technicians provide services and work on a range of events across the Northern Rivers, as well as Lismore’s flagship events like the Lantern Parade and Tropical Fruits. The training on the new equipment will positively impact festivals and events across our regions as the enhanced skills will be shared across the sector.”

Mr Johnson is also looking forward to being able to give NORPA’s audiences a quality audio experience when they come to an event, as well as being able to offer a high quality audio system for artists, musicals and touring companies to present their work.

While the additional infrastructure will help NORPA bring the best national and international touring acts to Lismore and the Northern Rivers, Mr Healey says the support of audiences and the community remains critical to NORPA’s success.

“This project provides the very best assets for NORPA to create new work that keeps regional voices alive, to present a dynamic annual season and to deliver the highest quality education programs to students. While there remains no doubt NORPA and our region are very lucky and privileged to enjoy such assets, I use the term assets purposefully, as while we now have the very best equipment, we will still rely on ticket sales and the NORPA Foundation to fund the operating costs of these programs for our community, local artists and students.”