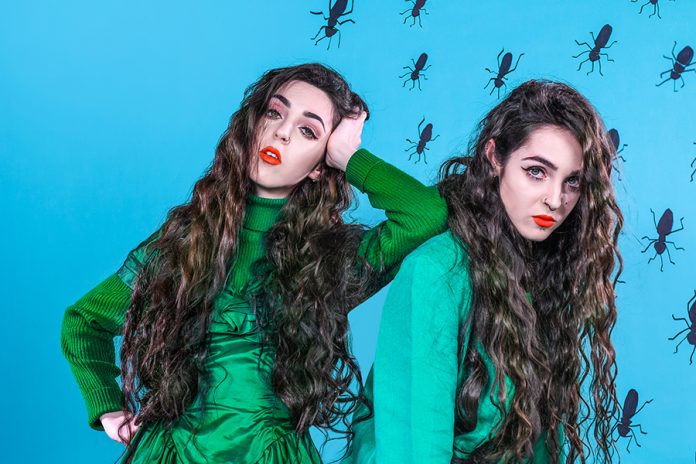 The twins were singing, songwriting and performing from the moment they could talk. “From a young age we were using songwriting to explore and understand things in the world that seemed beyond our understanding or control” says Arna about their lyrics.

Their carefree creativity and independence soon saw the pair self-releasing theatrical pop songs paired with equally outlandish videos. Among them was the tongue-in-cheek, electro-pop YouTube hit, “God Bless The Internet” (2015) which has earned itself millions of views on YouTube and established the duo as respected songwriters. After independently paving their own success, in 2017 they signed to Island Records and made their mark with a series of dynamic singles that showed off their unique versatility and eclectic style.

More recently, the duo performed for the streaming festival, Isol-Aid alongside fellow Australian artists Stella Donnelly, Angie McMahon and Julia Jacklin. With new music coming soon, music lovers are in for a treat from the No Frills Twins.

BAR
The licensed NORPA Bar will be open from 6:30pm, and also during and after the show. Drinks purchased from the bar are permitted inside the theatre.