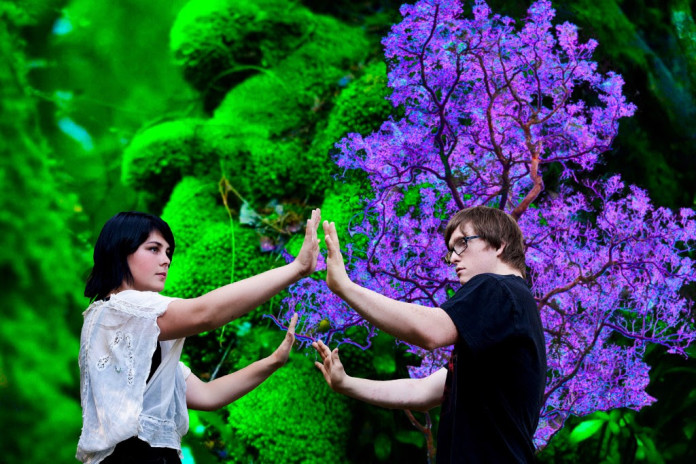 Brilliant performance piece featuring electronic music ensemble Tralala Blip returns to NORPA, re-imagined and ready for shows in Brisbane and Melbourne.
Superheroes, electronica, comic books, gaming and punk rock, My Radio Heart is a love letter to the digital age. Inspired by X-Men, video games and our obsession with the online world, My Radio Heart combines contemporary pop with large-scale digital projection to tell stories of love, loss and wanting to connect.

Immersed in a vivid fantasy world, audiences are treated to a high-energy performance by internationally-renowned, Northern Rivers based sound ensemble Tralala Blip. It’s not just their beautiful music that sets the group apart – most of the members of Tralala Blip have a disability and together they weave a story of love and loneliness through their music and saturated, cinematic visuals.

My Radio Heart, a co-production between Sydney’s Urban Theatre Projects, NORPA and Performing Lines, premiered at NORPA in 2014 with audiences raving about the emotional and evocative world Tralala Blip created on stage. My Radio Heart is being re-designed and re-imagined at NORPA this year, giving hometown audiences the first taste of its new incarnation before performances at the Institute of Modern Art in Brisbane and Melbourne’s Malthouse Theatre. The new My Radio Heart gloriously blurs the boundaries between music concert, performance and audio-visual experience.

“We are re-designing the work to make it tour-friendly and giving it more of a pop-concert feel,’” says director Rosie Denis of Urban Theatre Projects. “It’s still a performance with a love story but we’re focussing on the music and re-designing the staging and the costumes to give them a fantasy feel. It will be a new experience for audiences.”

My Radio Heart is a co-production between Urban Theatre Projects, NORPA and Performing Lines. Commissioned by NORPA.