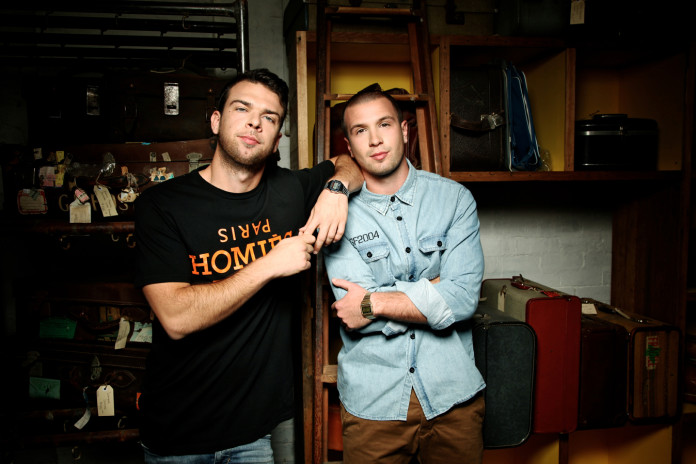 Falls is also getting set to add some local flavour to their upcoming summer bill, giving local emerging acts the chance to play in front of thousands of people from across the country. Falls Byron is teaming up with four local print and online media outlets to foster up-and-coming local acts – and they’re asking the community to pick their fave. The top artist pulling in the most love will secure a paid slot on the official 2016/17 Byron line-up! Voting is open until the end of October at the Falls Festival Byron website www.fallsfestival.com/byron-bay/foster-a-band.

Get to know the local acts below (alphabetical order)… MATTY ROGERS
As a singer/songwriter, Matty Rogers has been creating and performing his original music throughout Australia for the last 12 years and his unique blend of blues, folk, and rock has seen him perform alongside some of the best in business! An established song writer he is, with deep lyrics and amazing music. His songs will get into your head and never get out. Matty is know for being highly entertaining with a soulful, rock out, laugh out loud nature and loves to get the crowd rocking!
Listen to Matty Rogers | Matty Rogers website PLTS
PLTS (pronounced Pilots) are a four-piece alt-rock group that first formed in 2012, founded around a passion for playing honest, feel-good music. The group secured Nick Didia (Powderfinger, Pearl Jam, Karnivool) to engineer their first EP at Studios 301, which set PLTS up for a series of DIY tours around Australia, performing with acts such as Hockey Dad, Harts and Kingswood. With new music coming out in 2016, including single ‘Astoria’ and a growing online following, PLTS are already establishing themselves as one of Australia’s most exciting new rock acts.
Listen to PLTS | PLTS website THE BADLANDS
Byron Bay based grunge rock four-piece The Badlands emerged in 2014, colliding as a group of musical talents from across Australia and New Zealand. Made up of NZ born Pauly Adams (Vocals), Mid-North coaster Tommy Flint (Guitar), Melbourne’s Massimo Tolli (Drums) and The Sunshine Coast’s Alexx McConnell (Bass), The Badlands have become known for being the definitive Byron Bay rock group to watch. This gathering of gritty, rock and roll showmen draws its influences from a veritable mixture of 60’s/70’s Blues and Rock, combined with elements of 90’s Skate/Surf Punk, which can be heard in the solid, grungy bass licks and roaring guitar riffs that underpin their songs.
Listen to The Badlands | The Badlands website TRALALA BLIP
Tralala Blip in one word? Unique. Their sound, songs and how they create and perform them is unlike any other electronic outfit you’ve ever heard or seen. Since forming in 2007, the 5-piece mixed-abilities collective have racked up a enviable resume that includes performing at Sydney Opera House for TEDx Sydney, The Unsound Festival in Poland and Adelaide, Liquid Architecture Festivals and at Kubus in Germany where they took their bows to the longest standing ovation ever seen there. They’ve also composed the music and performed in a theatre work My Radio Heart created in collaboration with Sydney’s Urban Theatre Projects and local theatre company NORPA.
Listen to Tralala Blip | Tralala Blip website

MORE ACTS TO BE ANNOUNCED