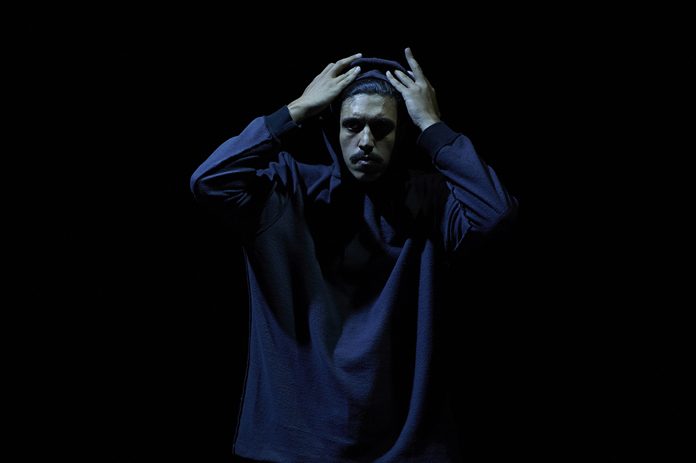 What does an Aboriginal Australian look like? Act like? Sound like? Do they all have black skin, live in the bush and are they naked? Choreographer Thomas E.S. Kelly will give you a clue – not all of them.

[MIS]CONCEIVE challenges the idea that knowledge equals comprehension. Using an exciting mash-up of traditional and contemporary styles, dance and spoken word, [MIS]CONCEIVE simultaneously rejects, reveals and re-educates (mis)undertsandings about what it means to be an Indigenous Australian. Kelly and his ensemble move with assured physicality in this high-energy work that pulses with humour, play and personal stories. [MIS]CONCEIVE brings audiences through the past, to understand the present, and move forward into a better future. The work also earned Kelly a coveted Green Room Award for Outstanding Choreography by an Emerging Choreographer last year.

“Thomas E.S. Kelly has carved out a place for himself as one of the next generation’s storytellers. Through his physical exploits on identity and observations of the Australian gaze we get a small insight into his world and how he is perceived in it. With wry commentary on the state of a nation this new work deserves to be seen. We are very proud and excited to be bringing this work to NORPA and our committed audiences,” said NORPA Associate Director Kirk Page.

Thomas E.S.Kelly has had a long association with NORPA – he was involved in the creative developments of Three Brothers and Djurra and was in residency at NORPA in 2017 developing a new project called WOLLUMBIN // WARNING. “NORPA Production Manager, Karl Johson, will be working with Thomas to expand upon his lighting design for [MIS]CONCEIVE and draw up the lighting plans and plot to use for his overseas tour,” said NORPA General Manager Patrick Healey “NORPA is proud to be able to contribute to helping Thomas see this amazing production go overseas.”

“While at NORPA, Thomas is also providing Bundjalung youth and emerging artists dance workshops and the benefit of his choreographic and performance experience. This is an incredible opportunity for the participants and it reflects the positive way in which performers and artists nurture and support each other,” said Healey.

Thomas E.S. Kelly is a proud Bundjalung and Wiradjuri man with Ni-Vanuatu, Irish and heritage. A NAISDA Dance College graduate Thomas is an artist who works with multiple art forms which include choreography, dance, theatre, music composition, puppetry and teaching. He has performed with Australia’s top dance theatre companies including Shaun parker & Co, Erth and Chunky Move.

“[MIS]CONCEIVE’s power is in the riveting choreography and dance performance. Fierce and exciting, I’m eager to see what Kelly will do next.” ArtsHub

“A clear and measured, not furious, claim for identity” RealTime Arts

In celebration of NAIDOC the foyer areas of Lismore City Hall will host celebrated Bundjalung visual artwork and the much lauded Balun Gilamahla (River Journey) weaving installation on Friday 29 June and Saturday 30 June. Before all performances of [MIS]CONCEIVE a pop-up diner will be operating serving delicious bush tucker inspired food created by Uncle Mick Roberts.

The Friday night performance of [MIS]CONCEIVE will be preceded at 5.30pm by a women’s smoking ceremony and then a Welcome to Country and Blessing by Rev Dorothy Gordon at 6pm.  The Ngalingah Mijung Dubais (Our Happy Women) will show off their fashion creations in The Studio at 6.30pm.

On Saturday 30 June come and enjoy a women’s Yarning Circle discussing this years’ NAIDOC theme, “Because of her, we can,” at 3.55pm, performances by Nin Nahri Gali Girls Dance Troupe at 5pm and three short documentaries will be playing in the Fountain Room.