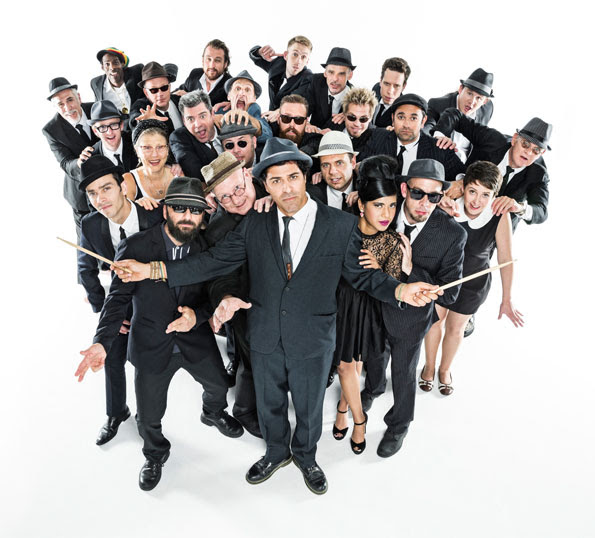 Only three years from Melbourne Ska Orchestra’s debut album sees the release of their second album, Sierra-Kilo-Alpha, April 22, 2016 – picking up where they left off, taking the age old style of Ska and adding to it with aplomb. The band’s debut resulted in sell-out shows both in Australia and abroad, many high profile festival appearances internationally, a slew of award nominations and some wins both here and in the UK.

Sierra-Kilo-Alpha is the Melbourne Ska Orchestra’s own history – a nod to the past with an eye firmly on the future, dangerous and free. Recorded at the ABC and Freeburgh studios in Melbourne, in the winter of 2015. Sierra-Kilo-Alpha throbs with hope, excitement and freshness. The band has recently signed record deals in both the US and the UK, after two years of very successful touring to the regions. So 2016 will see the new record released across the globe, with touring to follow.

MSO’s live performance is nothing short of spectacular, sometimes tipping the 30 player mark. Touring with between 20 and 30 band members at all times, MSO will showcase new songs from Sierra Kilo Alpha, with fans being treated to an unstoppable dance floor across the nation!

All of this before the band head over to the UK in August, to play at The Garage in London, Kaya World Music Festival, and Boomtown. 2016 sees Melbourne Ska Orchestra off and running, at break neck speed.

Book tickets now at www.redsquaremusic.com.au and learn more at www.melbourneskaorchestra.com