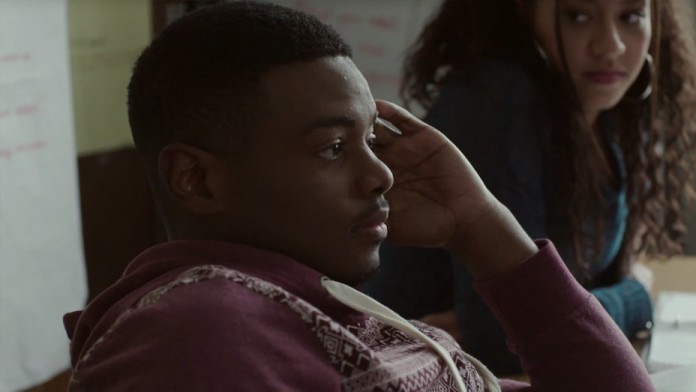 Byron Bay Film Festival is pleased to announce it will be screening a new dramatic feature work from Australian screen all-rounder Matthew Newton.

From Nowhere is a critically acclaimed drama directed, written and produced by Newton and Kate Ballen, which takes a sympathetic look at the plight of young illegal immigrants in the US.

Based on a play by Bellen about her experience as a high school teacher in the Bronx, From Nowhere tells the story of three talented but undocumented teenagers attempting to finish their secondary education while evading the authorities.

They are helped to hide in plain sight by their dedicated teacher.

FROM NOWHERE Clip from Visit Films on Vimeo.

The film picked up the audience award at the South by Southwest festival in Austin, Texas, in March, and in June it earned wider honours when it collected the International Audience Award at the Champs-Elysees Film Festival in Paris.

He called it “an affecting drama about characters trying to maintain a low profile while trapped in limbo”.

“Credible and creditable performances by a fine cast of promising newcomers and familiar veterans enhance the emotional impact of this low-key but compelling indie.”

Tickets for From Nowhere and 170 other films are on sale now at www.bbff.com.au