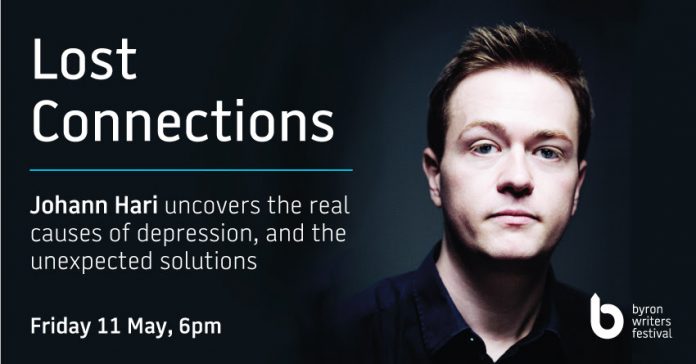 From the New York Times bestselling author of Chasing the Scream: The First and Last Days of the War on Drugs comes a startling challenge to our thinking about depression and anxiety. Presented by the Byron Writers Festival.

Award-winning journalist Johann Hari suffered from depression since he was a child and started taking anti-depressants when he was a teenager. He was told – like his entire generation – that his problem was caused by a chemical imbalance in his brain. As an adult, trained in the social sciences, he began to investigate this question – and he learned that almost everything we have been told about depression and anxiety is wrong.

Just as Chasing The Scream transformed the global debate about addiction, Lost Connections will lead us to a very different debate about depression and anxiety – one that shows how, together, we can end this epidemic.