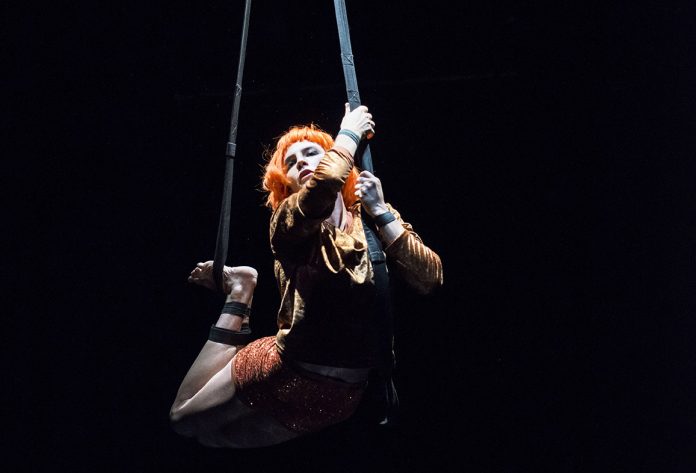 The internationally-renown, Australian-based Circa Contemporary Circus (“the rockstars of the circus world” The List, UK) will premiere their new work Peepshow at NORPA in Lismore, running 22 – 24 March.

Circa’s Peepshow will have its world-premiere at NORPA before making two additional Australian stops at Geelong and Darwin. It will then perform at the coveted Underbelly Festival in London for three months, followed by a six-month European season.

“It’s wonderful to have Circa back at NORPA and a great opportunity for our audiences to experience the new work by this world class company ahead of the rest of the planet!” said NORPA Artistic Director Julian Louis

“If you haven’t seen Circa, expect to experience circus like you never have before – a breathtakingly powerful blend of human emotion and incredible feats of skill.” Circa’s Peepshow is described as a seductive dance through the hall of mirrors that is the imagination, and is created by circus visionary Yaron Lifschitz, alongside director Libby McDonnell and the Circa Ensemble.

“It’s playful, it’s funny, it’s a bit surreal, it’s a bit sexy – I hope that Peepshow is one of those shows which is able to transform people’s expectations, bringing us new sensibilities with unexpected pleasures, and bridges the world between art and entertainment.”

Seen by over one million people in 39 countries, Circa is at the forefront of contemporary circus, globally pioneering how extreme physicality can create powerful and moving performances.

Peepshow follows the Circa’s hugely successful Beyond and Wunderkammer as a post-cabaret circus art performance. Suitable for the ages 12 and up, Circa’s Peepshow performs at NOPRA 22 – 24 March, 2018.