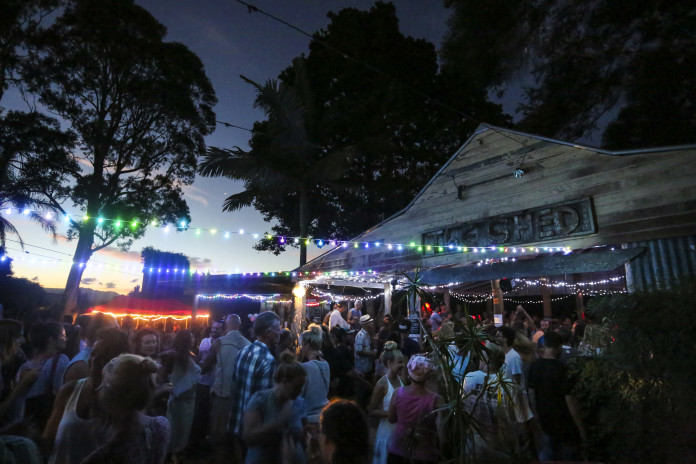 Share the Warmth with a ‘Friend’ this Winter as You Dance & Donate at our Season Close – Nudge Nudge Wink Wink, Sunday June 4th!

Come early and share the warmth with a ‘Friend’ at June’s Nudge Nudge Wink Wink, the season close to the Cunning Stunts second year which will see them cross the total donations raised to over $50,000! A charity close to their hearts is June’s recipient – You Have a Friend. Solely dedicated to supporting the homeless, marginalised, single parents and their children. You Have a Friend are a 100% not for profit organisation (no one is paid). The charity has 80 volunteers and an Op Shop in Tweed Heads. Taking no funding from any governments, the charity provides over 300 meals plus fruit/vegetables and grocery items each week on the streets in areas such as Tweed Heads, Coolangatta, Murwillumbah, Chinderah, Wooyung, Mt. Warning and Uki.

June’s DJ’s ensure you’ll be grooving from beginning to end with the incredible line up including the Cunning Stunts Resident DJ’s Lord Sut and Dale Stephen, locally based Nudge regular and Australian DJ/Legend Stephen Allkins playing an extended set from 2pm-5pm, and flying in all the way from the UK for his second Nudge, DJ Norm De Plume!

Norm De Plume is a world class DJ who works for Jimpster’s Delusions of Grandeur label and runs his own vinyl-only imprint Plumage. Norm is a regular at the Delusions Of Grandeur label parties at Fabric & Corsica Studios in London. His set at the May 2016 Nudge was considered one of the top 5 Nudge sets! Don’t miss out this June!

The party with a conscience is a FREE monthly event running from September – June that brings the community together in an all inclusive way, whilst raising much needed funding for beloved and deserving local charities that help improve the lives of Northern NSW residents. Food trucks, an outside bar and amazing raffle prizes all contribute to this special family friendly event the first Sunday of the month has become.

Fundraising at their events is raised through vendor and attendees’ donations, merchandise sales and the selling of raffle tickets. 100% of profits donated to local well deserving charities.