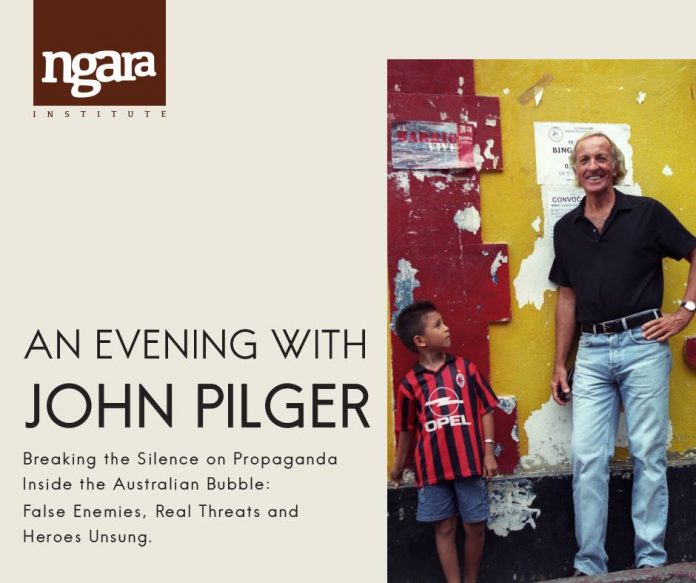 The Ngara Institute presents JOHN PILGER – BREAKING THE SILENCE – An evening’s Q & A on propaganda inside the Australian bubble: false enemies, real threats and heroes unsung.

The Ngara institute is delighted and honoured that John has agreed to come and speak in one of Australia’s most progressive regions. After a short opening address, John will take questions from the audience. You’ll have an opportunity to hear what he has to say about current global affairs, the attacks on Venezuela, the climate emergency, the coming war with China, Julian Assange, Australia’s continued mistreatment of refugees and Indigenous people, and its cow-towing to the US. John will spell out why we need a different, more just, peaceful and regenerative world order based on social justice and human rights.

Come and join the conversation with John Pilger on Wednesday 10th April 7 – 9 pm at the Cavanbah Centre, Byron Bay.