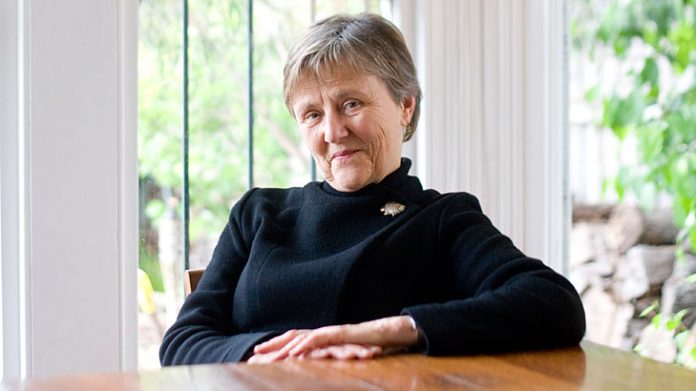 Byron Writers Festival is delighted to present a special evening with one of Australia’s greatest writers and long-time Festival favourite, Helen Garner, appearing in conversation with Matthew Condon at Byron Theatre on Wednesday 6 December.

In her first appearance in Byron Bay since 2004, this much-loved literary star will share an intimate retrospective of her writing life, spanning 50 years of work – from her Australian classic Monkey Grip, to the brilliant literary true crime book This House of Grief.

“We’re delighted to welcome Helen Garner back to Byron for this incredibly special occasion. Not only will we be celebrating 50 years of writing achievements, but also the 75th birthday of a remarkable woman whose talent reminds us all too often of the power of literature,” said Byron Writers Festival Director Edwina Johnson.

To coincide with the event, Garner will be marking her 75th birthday with the release of two stunning hardback editions of collected works, True Stories and Stories.

True Stories brings together the essays, stories and diary entries that mirror a life – Helen Garner’s own, and of every one of us who has succeeded, failed, dreamed and loved. The result is a wise, funny and clear-eyed encyclopedia of human emotions.

Stories gathers the stories in Postcards from Surfers with previously uncollected pieces. Delving into the complexities of love and longing, of the pain, darkness and joy of life, each story is told with Garner’s characteristic sharpness of observation, honesty and humour. Together they showcase Garner’s sublime mastery of form.

Over the decades, many have attempted to pigeonhole Helen Garner’s work—does she write faction, memoir or non-fiction? Is it journalism? One thing is certain; these collections unequivocally show above all else that the work of this astounding Australian writer is simply literature of the highest calibre.

About the author
Helen Garner is an award-winning author of novels, stories, screenplays and works of non-fiction. In 2006 she received the inaugural Melbourne Prize for Literature. Her novel The Spare Room, published in 2008, won the Victorian Premier’s Literary Award for Fiction, the Queensland Premier’s Award for Fiction and the Barbara Jefferis Award, and has been translated into many languages. This House of Grief won the 2016 WA Premier’s Prize and was named Best True Crime book in the 2015 Ned Kelly Awards. In 2016 Helen Garner was awarded the Windham-Campbell Prize for Non-Fiction