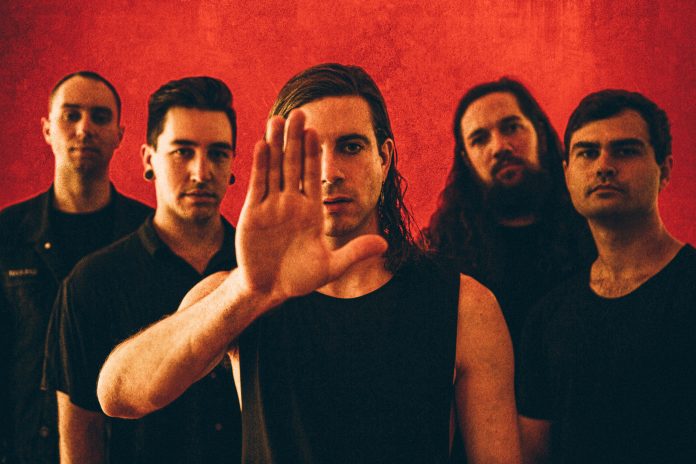 Following the release of their huge fifth studio album, Kaliyuga, In Hearts Wake are ecstatic to announce they are hitting the road to play the record live to fans across the country in March 2021! The shows will also feature some of the nation’s most exciting heavy acts with support from Thornhill, Gravemind and Drown This City.

“9/10… Kaliyuga is nothing short of the sound of fire; from a band who know how to burn bright” – Hysteria Magazine

“The music scene took a serious hit this year, but today we’re over the moon to finally announce some good news for our Australian fanbase: The Kaliyuga Australian Tour will come out swinging live on stage in March 2021.” says vocalist Jake Taylor. “Supporting us will be some of Australia’s new heavyweights including Thornhill, Gravemind and Drown This City. Join us in the revival for what is going to be one heck of a wild tour. You have no idea how excited we are to share these new songs live with you!”

Kaliyuga hit the ARIA Australian Album Charts at #1 and landed at #3 on the International Album Charts when it was released back in August. The record has received huge support from fans new and old from all across the globe, not only for its sound but also for its impressive environmental feats. The record is entirely carbon offset as well as packaged and manufactured plastic free, using recycled materials. Kaliyuga is In Hearts Wake’s most defining album yet and if their live stream performance from release week is anything to go by, this tour is sure to be epic! 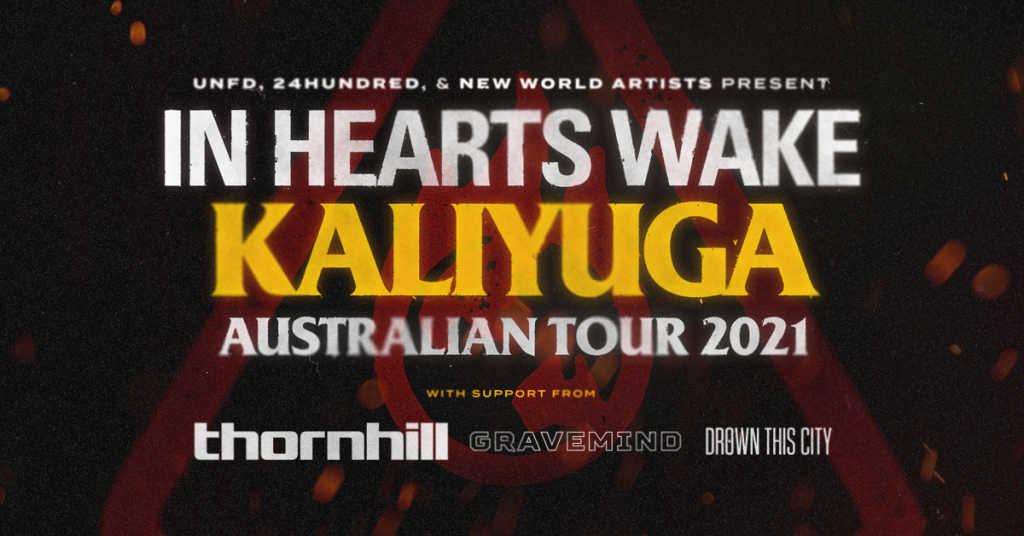 Staying true to their environmental cause, the band will offset their travel + power emissions from the tour and use non harmful stage production. Early access tickets are available 9am AEDT Wednesday 14 October via their Patreon club. General on sale is available from 9am AEDT Thursday 15 October at inheartswake.com/tour.