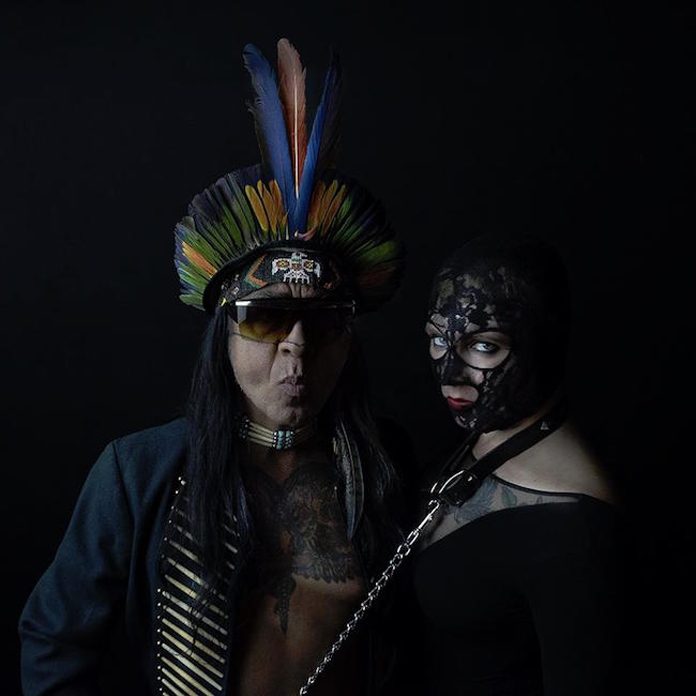 Proudly hosted by Public Act Theatre, Guillermo Gómez-Peña and the internationally acclaimed La Pocha Nostra troupe will be presenting a highly customized and site specific performance for their return to Australia – the first time performing here in 15 years!

La Pocha Nostra, “the most influential performance troupe of the last 10 years”, is known for its radical interactive performances dealing with issues that equate the human body with the political body and frontally deal with complex gender & ethnic identities, migration, and the politics of new technologies and language.

In urgent focus for La Pocha Nostra’s 2018 troupe performances are the virulent neo-nationalism and xenophobia emerging throughout the world. This new piece, set to be staged on 30th September in the Byron Theatre, offers a series of live art psycho-magic rituals to combat the culture of hate and provides performative strategies to rebuild across community.

The interactive live art imagery is accompanied by a solo spoken word “sermon” by Gómez-Peña. The transdisciplinary group devote their performances to erasing the borders between art & politics, practice & theory, and artist & spectator.