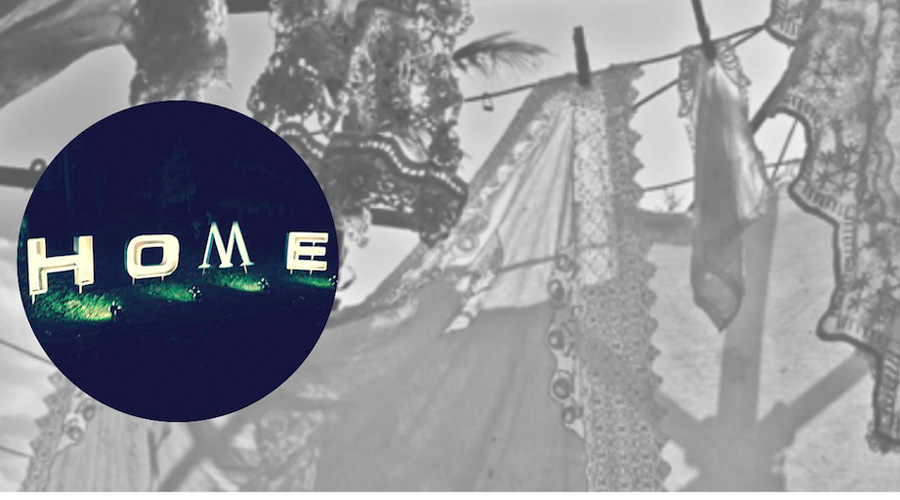 NORPA will celebrate their homegrown work The HOME Project opening at Prague Quadrennial of Design and Space with a free event at Lismore City Hall on Friday June 19.

The HOME Project is one of eight Australian works selected to feature in the Australian Pavilion at the Prague Quadrennial of Design and Space (June 18-28) where it will be presented to an international audience as a large scale audio-visual installation. Prague Quadrennial of Design and Space is the world’s largest scenography event. Its rich program, presenting more than 70 countries, is filled with not only exhibitions and cutting edge theatre design works, but also hundreds of live events including lectures, workshops, architecture walks and public space projects. The international contingent of curators will respond to themes of Weather, Politics and Music.

To celebrate the inclusion of The HOME Project, NORPA are inviting the local community to come and immerse themselves in the beautiful audio-visual installation at Lismore City Hall as it simultaneously opens across the globe in Prague!

Participants in the project including the Winsome Hotel residents and the Lismore Soup Kitchen community will join Federal Member for Page, Kevin Hogan, Southern Cross University’s Grayson Cooke and NORPA’s Artistic Director Julian Louis to mark this significant achievement for the arts in our region.

“I congratulate NORPA on this home-grown production it is taking to the world,” said Kevin Hogan. “It is testament to the artistic vision of our premier local performing arts organisation, and the stories it tells, that its audience now reaches from Lismore to the other side of the world in Prague. I encourage everyone who can to attend the free event at Lismore City Hall on Friday June 19.”

The HOME Project was a 3-year creative and research partnership between NORPA and Southern Cross University exploring the nature of homelessness in the Northern Rivers. It invited the perspectives and stories of people in our community experiencing homelessness (as well as those who weren’t) asking what the concept of ‘home’ meant to them.

The project began in 2011 with an interactive art exhibition and culminated in a multimedia, food and music event in 2013 at the iconic Winsome Hotel, hosted by the hotel’s residents and the community of the Lismore Soup Kitchen. Approximately 70 people a day currently access the Soup Kitchen’s services at The Winsome Hotel that also offers transitional housing for marginalised men.

A rich and fascinating collection of interviews, performance and event footage, audio-visual material, music and soundscapes were gathered over the three -year collaborative HOME Project. 2013 project director Bronwyn Purvis and artist Karla Dickens have brought all these elements together and created a beautiful audio-visual installation that will projected in the Australian Pavilion at the Prague Quadrennial of Design & Space (PQAU). NORPA will simultaneously display the installation at Lismore City Hall on Friday June 19 from 6pm – 8pm. At the free NORPA event people can also access The HOME Project’s radio documentaries (as heard on ABC North Coast), a short video of the Winsome Hotel event and exhibition images from the project’s history.

“I was immediately attracted to The HOME Project for the way that it celebrates a place and building (The Winsome) as something that can be reinvented,” says the PQAU curator Anna Tregloan. “I was impressed by the way a place that has played an important part in a community can change in its purpose but remain essential to the fabric of the community. As a collaborative community event The HOME Project is a stand-out for the methods it used to intertwine visual arts, music, theatre, hospitality and daily life into an event shared by many. The strength of the event is evidenced in the continuing strong relationships and exchanges between all collaborators in years that have followed.”

“We want our community and all the wonderful people involved in The HOME Project to see the work that’s going to Prague, so we are hosting a screening here at Lismore City Hall ” says NORPA’s Artistic Director Julian Louis “This is a free and open event – everyone is welcome to come and experience it. It’s a great achievement that deserves to be celebrated.”