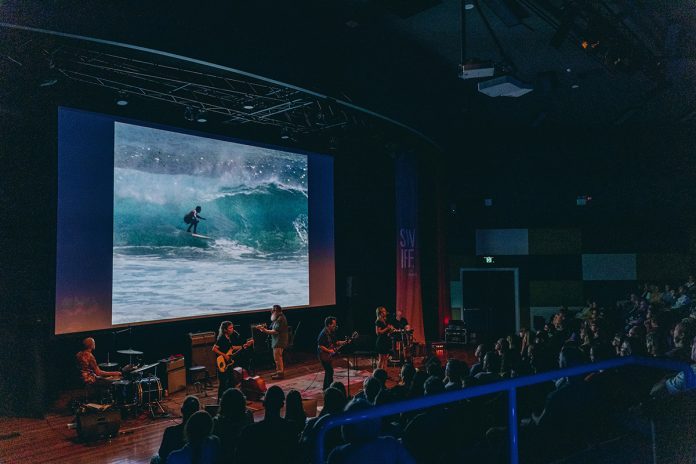 That was Then, This is Now is an evocative live music and surf film event featuring never-
before-seen footage of surfing legends from the birth of Australian and New Zealand surfing in the 1950s/’60s – with Byron and Lennox getting a nostalgic look in – accompanied live onstage by the Tweed’s much-loved salty music collective, Headland. 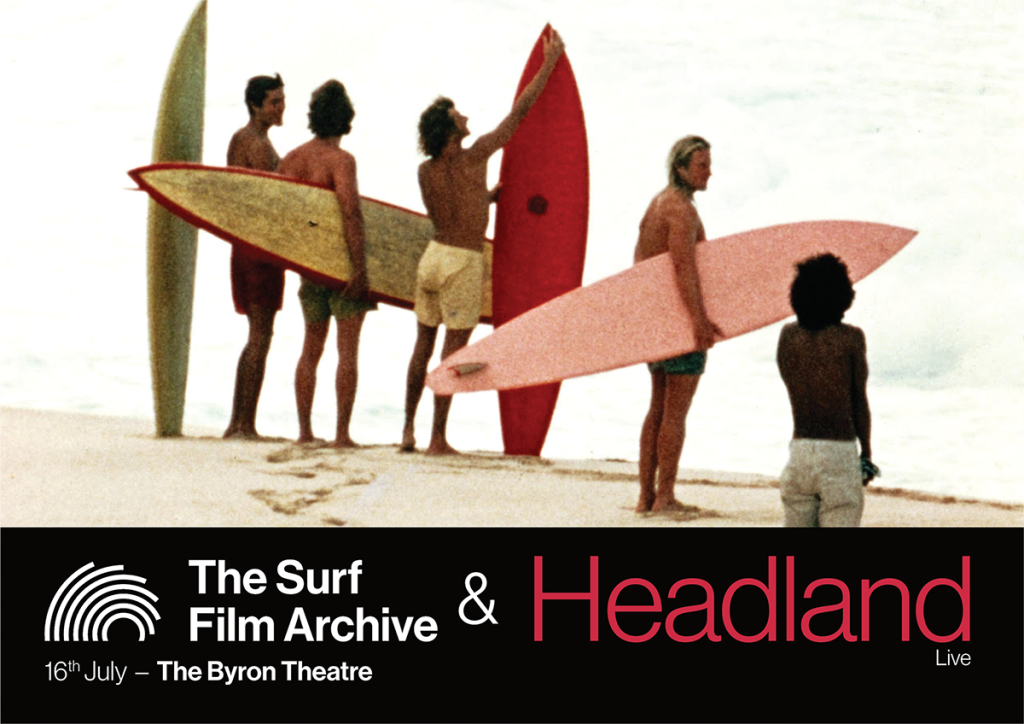 “The hardest thing about playing live in front of the screen for these shows is trying not to get hypnotised by the film and forgetting the chord changes,” says Murray Paterson from
Headland. “I mean, turning around and seeing Gerry Lopez swooping across a long Uluwatu wall can take your breath away. We try and keep the songs to one or two chords!”

An exquisite music and film collaboration not to be missed, That was Then, This is Now, includes remastered, previously lost reels by surf filmmaker Paul Witzig; footage from the
early days of surf exploration in Indonesia by photographer, filmmaker and surfing historian Dick Hoole; classic moments from the archives of the father of modern Australian surfing, Bob Evans; and excerpts from many more, rarely seen, classic surf films – all uncovered and restored by the team at the recently established The Surf Film Archive. Each clip has a different flavour.

The Surf Film Archive, a cultural history project, was set up in 2021 by award-winning
filmmaker and surfer Jolyon Hoff (The Staging Post, Searching for Michael Peterson) to find, save and scan Australia and NZ’s lost surf films to preserve our iconic surf culture for future generations. Hundreds of hours of previously unseen film footage from the early days of surfing was unearthed – from under beds and in dusty garages – and scanned and restored with the help of renowned Bangalow-based colourist Billy Wychgel (Lord of the Rings, Sherpa, Babyteeth) and Gabrielle Joosten from Elements Post Production at Byron Bay’s industrial estate.

Billy and Gabrielle say: “With a film and photography background before the digital age, our love for shooting negative film has never disappeared. By facilitating scanning and post services for The Surf Film Archive has brought lots of joy and fun to Elements Post… It’s wonderful seeing and working with all this beautiful old footage and being a part of
preserving unique history.”

The Surf Film Archive is free for anyone to join, but you can support its valuable work by
buying hand-screen-printed posters or postcard/sticker packs, or making a donation. All
proceeds go towards finding, scanning, restoring, saving and sharing more Australian and NZ surf films. “This is our history,” says Jolyon Hoff. “It’s up to us to look after it.” See Thesurffilmarchive.com.au

The Surf Film Archive also presents A Winter’s Tale (remastered) plus filmmaker Q&A at
1pm on July 16. Book both films with the Double Feature Package for $54.50.