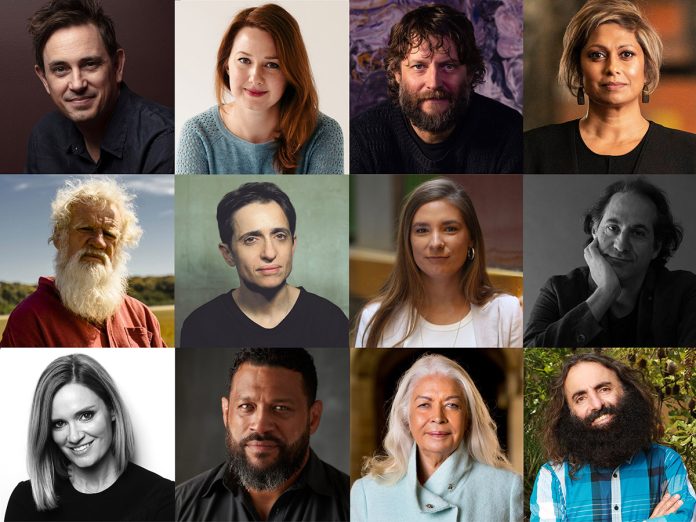 Byron Writers Festival 2022 (26-28 August) has revealed an inspiring program of celebrated authors as well as powerful new voices to mark its welcome return after a two-year hiatus. Themed ‘Radical Hope’, Byron Writers Festival 2022 will feature more than 140 writers and thinkers gathering together at the Festival’s beautiful new site at North Byron Parklands on Bundjalung country. The festival also offers writers’ workshops, an engaging program for children and several feature and satellite events in venues across the Northern Rivers region.

In curating the program, incoming Artistic Director Zoe Pollock reflected on the theme of ‘Radical Hope’ in the wake of fires, pandemic and floods.

“Radical hope imagines a future goodness that transcends our current reality. It is a provocation to seek and create a new world in the face of incredibly challenging circumstances. Radical hope is a denial and refusal of cultural destruction and a determination to build a new culture for a changed environment.”

“At this year’s festival you will hear from social and environmental experts on how we can tackle the challenge that is climate change. You will be uplifted by listening to our most gifted storytellers explaining how they celebrate the human condition and render our experiences so magnificently on the page. You will meet talented emerging and established writers who are challenging the status quo. In hearing and engaging with these ideas you are playing your part in making the world anew and I am very much looking forward to welcoming you.”

Trent Dalton, Hannah Kent and Nigel Featherstone will share love stories. Nikki Gemmell and Micheline Lee will reveal how writing has helped them to survive. Fiction lovers will be delighted by in-depth conversations with Emily Bitto, Robert Drewe, Arnold Zable, Chloe Hooper, Kathryn Heyman, Steve Toltz and Christos Tsiolkas who will both feature in conversations with Jennifer Byrne.

Actor and director Aaron Fa’Aoso (Black Comedy) invites audiences into his life of connection, loss, laughter and the Torres Strait as beautifully captured in his forthcoming memoir So Far, So Good. Iconic Australian actor and debut crime writer Bryan Brown will share stories of his illustrious career spanning more than 80 films.

Julia Baird will sit down with Indira Naidoo to discuss wonder, grief and the power of nature in an uplifting conversation on how to deal with life’s hardest moments. Gardening Australia’s beloved Costa Georgiadis will get his hands dirty with farmer and chef Matthew Evans in an enlightening discussion about soil and the systems that sustain us. Archibald winning artist Ben Quilty will discuss radical art with Wondunna artist and writer Fiona Foley.

Climate change will be front and centre of the discussions at this year’s festival, with a particular focus on the green future we need to build. The need for First Nations knowledge in the face of climate change is highlighted in numerous sessions including ‘Learning From Country’ with Bruce Pascoe, Gamilaraay astronomer Karli Noon and local Bundjalung woman Leweena Williams. Kerry O’Brien will interview inventor and scientist Saul Griffith (The Big Switch) about the bold solution that could help the planet thrive again. Future leaders Mia Thom and Jean Hinchcliffe will outline their vision for our nation. Former fire commissioner Greg Mullins, Lismore councillor Elly Bird and journalist Bronwyn Adcock have all lived through recent Australian disasters and will discuss what is needed to better prepare, recover and rebuild after catastrophic events.

Barrie Cassidy will host the inaugural Mungo Panel named in honour of legendary journalist and long-time Byron Writers Festival stalwart, the late Mungo McCallum. Joining the Mungo Panel will be Kerry O’Brien, Karen Middleton and Margaret Simons to ask ‘Has the Media Lost Its Mojo?’ Just some of the other award-winning journalists and authors to join the festival this year include Kate McClymont, Matthew Condon, Van Badham, Christine Jackman, Marian Wilkinson, David Leser, Jess Hill, Julianne Schultz and Jeff Sparrow. 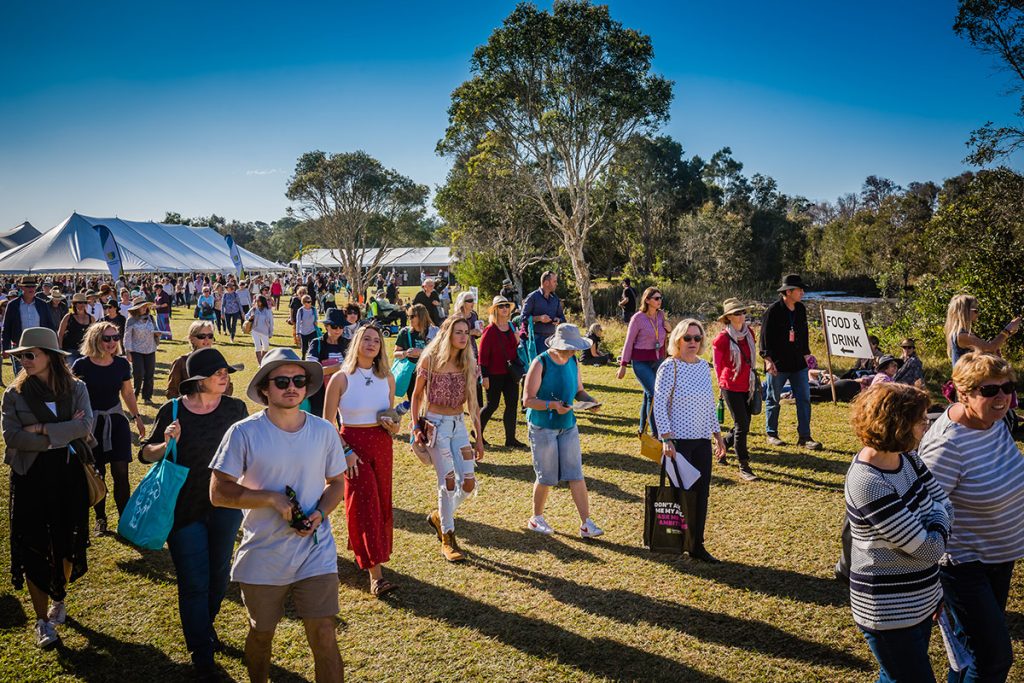 3-Day Passes and 1-Day Passes for the festival are available to purchase at byronwritersfestival.com/festival

A separately ticketed program of Feature Events in venues throughout the region offer a diverse range of storytelling to inspire and delight. Keynote event ‘Radical Hope’ at Byron Theatre brings together five leading thinkers, A.C. Grayling, Damon Gameau, Anne-Marie Te Whiu, Mia Thom and Thando Sibanda, to consider how we can look unflinchingly at our cultural and environmental situation while finding a new way to imagine our future. Also at Byron Theatre, laughs are guaranteed when Charles Firth (The Chaser) and James Schloeffel (The Shovel) join forces to provide a masterclass in the ancient art of lying from political messaging to corporate deception in ‘Spin’.

The festival is proud to present a series of extraordinary events that focus on First Nations voices at Brunswick Picture House, including ‘Bundjalung Nghari – Indigenise’ featuring four Bundjalung stories written by Steven Oliver, Daniel Browning, Kylie Caldwell and Ella Noah Bancroft, presented in partnership with theatre company NORPA and curated by Rhoda Roberts. The festival has also partnered with Blak & Bright curator Jane Harrison to present ‘The Bogong’, a Blak version of ‘The Moth’, featuring award-winning poet Evelyn Araluen amongst six brilliant First Nations authors in spoken word form and ‘Borrow A Living Book’ which gives you with the opportunity to meet a local Bundjalung elder for a cup of tea and a chat.

For all tickets to Feature Events please visit byronwritersfestival.com/feature-events

The kids get a whole marquee to themselves at the festival on Sunday morning to meet and be entertained by their favourite authors and illustrators and to discover new favourites in the hugely popular Kids Big Day Out program, featuring Bronwyn and Ella Bancroft (Sun and Moon), Kate Foster (The Bravest Word), Corey Tutt (The First Scientists: Deadly Inventions and Innovations from Australia’s First Peoples), Isobelle Carmody (Kingdom of the Lost series), Sarah Armstrong (Big Magic) and Tristan Bancks (Cop and Robber).

Find out more at byronwritersfestival.com/kbdo

The new festival site is located at North Byron Parklands, 126 Tweed Valley Way, Yelgun (approx 20min drive north of Byron Bay). On-site car parking will be adjacent to the festival and within easy walking distance of where the action takes place. A free shuttle service will run between Byron Bay CBD, Elements of Byron, and the festival site. The shuttle bus will drop passengers off close to the festival entrance gates.

Held on the lands of the Arakwal Bumberbin and Minjungbal peoples of the Bundjalung Nation, we pay respect to the traditional owners of these lands and acknowledge them as the original storytellers of this region. 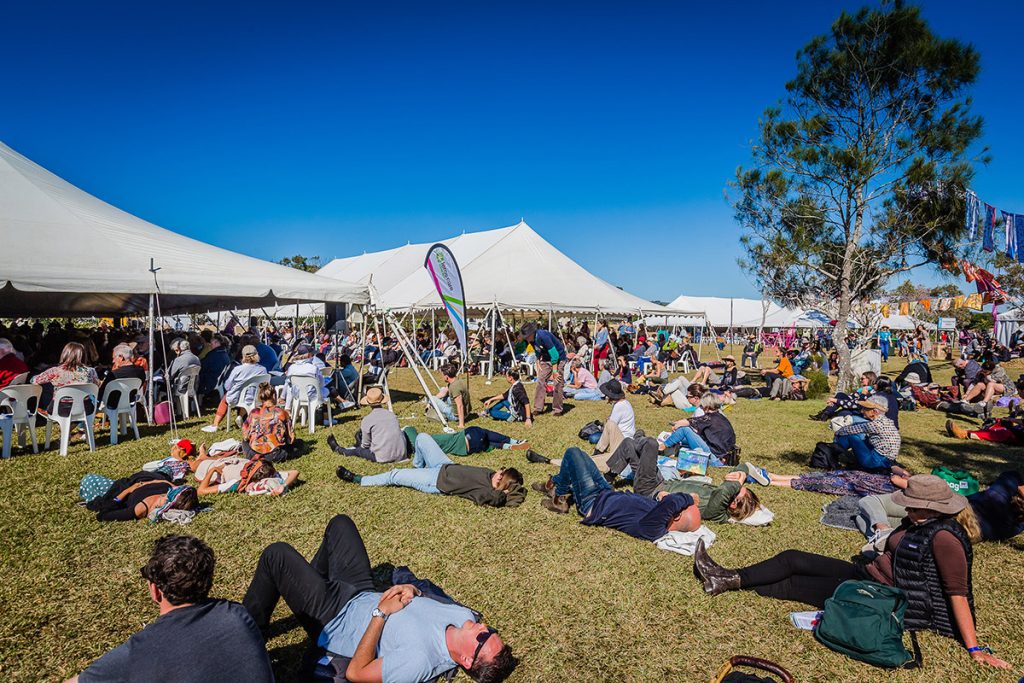 All tickets now on sale!
www.byronwritersfestival.com/festival