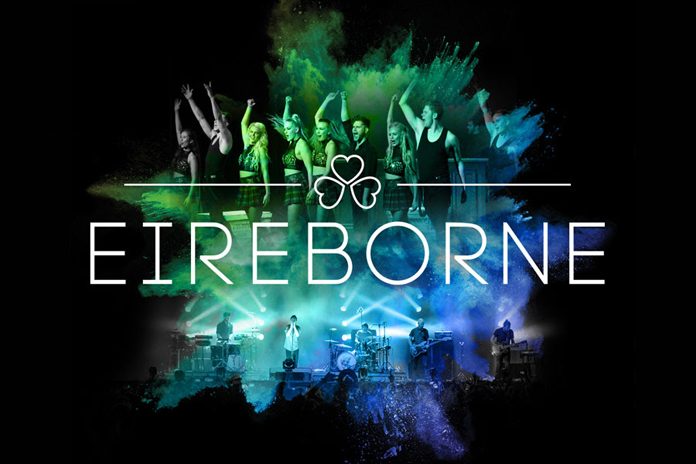 Eireborne is a tribute to Ireland’s contribution to the world of music and dance. More than an Irish dance show, Eireborne is a theatrical experience like nothing you’ve seen before.

The best Irish dancers in the world perform live with a band to a soundtrack comprised purely of the greatest Irish hits from artists such as U2, Van Morrison, Hozier, The Script, Ronan Keating, Enya and many more.

Eireborne showcases the extraordinary talent of music and dance that has come from a country of less than 5 million people.

At O’Hennessy’s pub, the barman, played by Adrian Espulso of X-Factor and Channel Ten’s I Will Survive fame, welcomes the audience to a traditional ceili night where his rocking band perform both traditional and modern world-wide hits. Dancers from international Irish shows such as Riverdance and Lord Of The Dance kick up their heels performing traditional and modern Irish dance as well as ballroom and tap dance. You’ll meet the locals, be regaled with stories, clap your hands and sing along to the incredible list of Irish hits.

Fronting the dance ensemble is former Riverdance cast member, Peta Anderson . Along with co-directing the production, Peta’s choreography showcases her unique ability to fuse the styles of Irish dance with tap rhythms and beats. Peta was winner of Irish RTE’s Dance Off , lead dancer in the Drama Desk Award nominated off-Broadway Irish production Noctu , and is a Capezio sponsored athlete.

Please note there is a $3.30 booking fee per transaction (not per ticket) for all ticket purchases.

Our licensed bar will be open from 6pm, and also during and after the show. Drinks purchased from the bar are permitted inside the theatre. Sorry, no BYO.