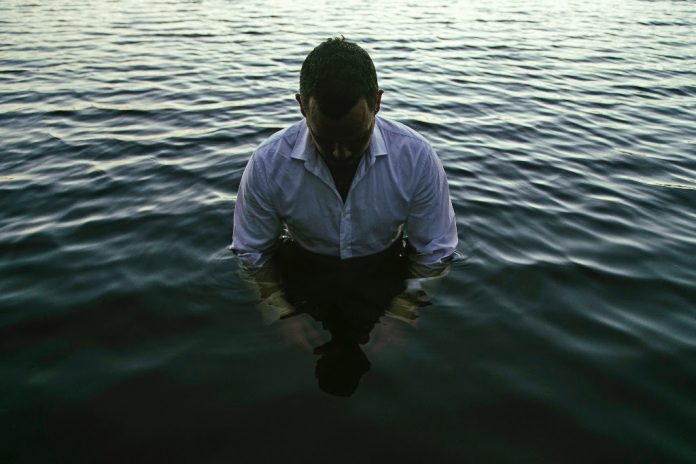 A mother calls her broken son home on the waves. Something is coming. The spirits lament. We speak our eulogies and bite our tongues against the insatiable rage.

We are still here…
We remember those whose shoulders we have stood upon.

NORPA’s latest work Djurra draws on local stories to explore universal themes of belonging and identity. The Lismore-based theatre company, NORPA (Northern Rivers Performing Arts), is located on Bundjalung country and the company’s dedication to cross-culture creative work is reflected in its governance and programming. This approach is reflected as the company explores its creative and social terrain, creating new Australian works in a regional setting.

Directed by Kirk Page and inspired by a Bundjalung creation story from the Northern Rivers NSW, Djurra explores contemporary Aboriginal experience in its generations-old context. Dance, song, storytelling and striking imagery combine to tell a raw and powerful story of family legacy and cultural identity. Djurra is Kirk Page’s first full length work and will premiere at Artstate NSW, the inaugural regional arts conference to be held in Lismore.

“Djurra is a contemporary work inspired by an ancient story. These ageless stories are an important part of our identity as a nation but are not often known about or understood,” says Kirk Page “We have sung our songs, danced our dances, created worlds ever since we walked on this country. We’ve never not made theatre!”

Meaning ‘lore’ in Bundjalung language, Djurra has been developed in consultation with the local Bundjalung community and knowledge keepers, in particular Roy Gordon who has informed and guided as a cultural consultant throughout the work’s entire development.

“Roy Gordon has been a wonderful support, mentor and a friend during the process of this project. I have been lucky enough to spend time with him and listen to his insights, knowledge and stories,” says Kirk Page.

“Bringing culture on to a stage is no mean feat, this is two worlds colliding, bumping together, navigating through territory that is often fraught. We have talked and shared about our lives and also who we are and our responsibility as leaders, new and old. I can’t think of any other theatre company that is connecting on this level in terms of opening up the making process in this way.”

“NORPA has created an opportunity for me and the theatre community that we hope is the start of a long trajectory. The entire creative team has worked so hard to bring this work to our local audience and beyond.”

Woven from the story veins of a timeless culture and contemporary experience, Djurra is told through a series of intertwined vignettes. Using strong physicality, powerful First Nation monologues and startling imagery, Djurra is an unforgettable experience that will resonate with audiences long after they leave the theatre.