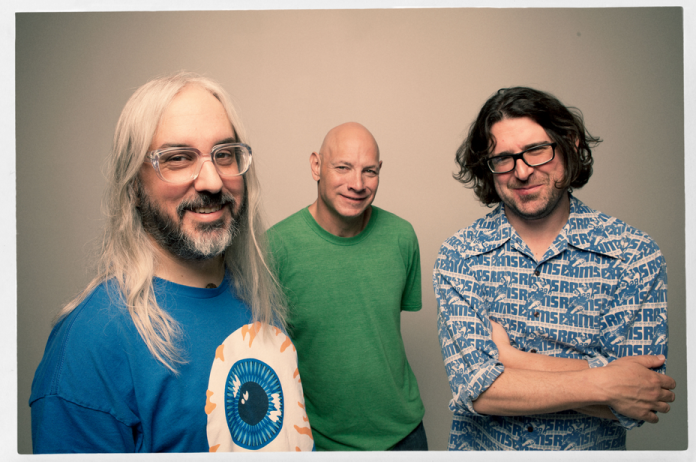 Dinosaur Jr return to Australia this January touring off the back of their new album Give A Glimpse of What Yer Not their first since 2012 and their fourth since 2005’s unlikely reformation.

“If you ever begin to think your best days are behind you, buy one of Dinosaur Jr.’s last three records and get inspired.“ – Double J

Original members J Mascis, Lou Barlow and Murph will bring the classics from a catalogue that now stands at eleven albums tall (and not a dud amongst them) between them containing the classics Repulsion, Almost Ready, Little Fury Things, Watch The Corners, Freak Scene, Tiny, The Wagon, Out There, Feel The Pain; we could go on …

“No other band plays super-loud fuzzy guitar rock like Dinosaur Jr. Early on bassist Lou Barlow told the crowd that this was the group’s first show in six months. It didn’t matter one bit. You get the sense that you could wake Mascis, Barlow and Murph out of a 1-year slumber, give them some equipment and a shitload of amps and they’d bang out the perfect rock show.” – Live Review, Music Hall Williamsburg

Four albums into their rebirth and Dinosaur Jr look to have no sign of slowing up. Album of the week slots on Double J, FBi, SER and glowing reviews across the planet stand testament to the staying power of Dino and the songs of J Mascis. Sample the goodness via album openers Goin Down and Tiny.

Don’t miss the single energy that is Dinosaur Jr live this January.