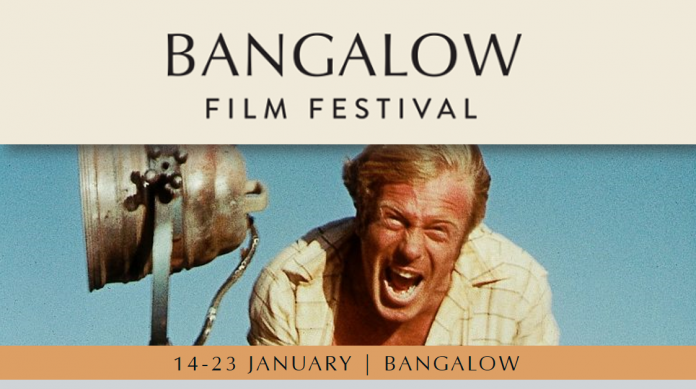 The Bangalow Film festival are massive fans of the one-and-only Jack Thompson—who isn’t, right?—and we cannot wait to see him in High Ground on Friday night.

But did you know we’re also screening the restored version of the classic Wake in Fright and to celebrate the film’s 50th anniversary?

Nominated for the Grand Prix du Festival at the 1971 Cannes Film Festival, Wake in Fright had a cult reputation by the 1990s as Australia’s great ‘lost film’ because its master negative had gone missing.

It’s a remarkable film, and will undoubtedly be one of the most talked-about screenings of the festival.

After finishing up the school term in a remote outback town, teacher John Grant looks forward to spending his holiday with his girlfriend in Sydney. But John gets waylaid in a mining town where a gambling spree leaves him completely broke.

He quickly falls in with the hard-drinking locals, who ply him with alcohol and force him to participate in a gruesome kangaroo hunt. Disgusted, John tries to hitchhike out of town and, when that fails, begins to contemplate suicide.

Filmed on location in Broken Hill and Sydney, Wake in Fright was nominated for the Grand Prix du Festival at the 24th Cannes Film Festival in 1971.

CLICK HERE to scroll through the entire festival program, or head across to OUR WEBSITE and click around the Starlight and Indoor Screening sessions for full details.