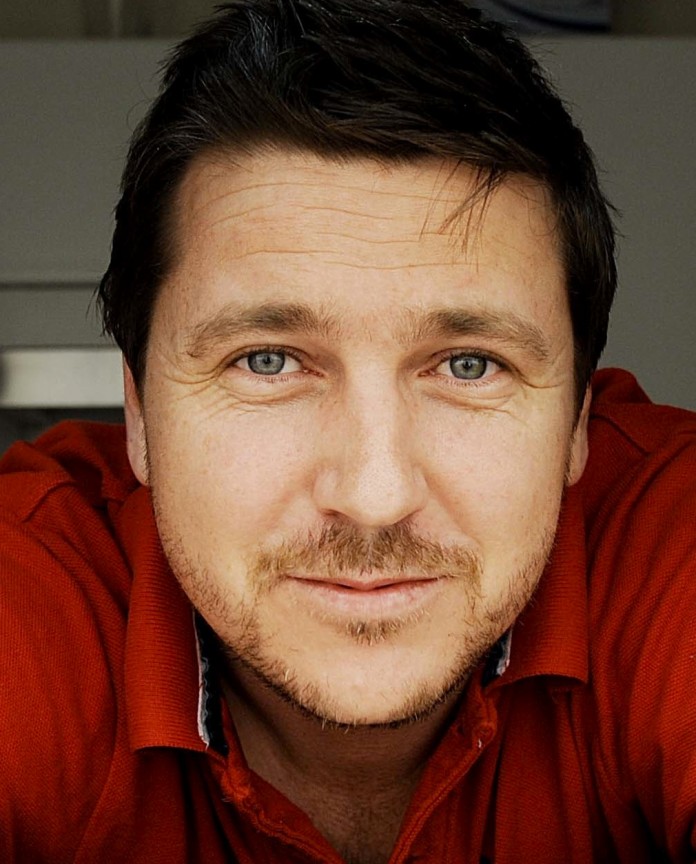 Former lawyer Chris Radburn is an Aussie comedian who has earned a reputation for clever and cheeky observations that are relatable, original and hilarious. Chris has ap- peared as a comedian on over 15 TV shows including The NRL Footy Show, Last Comic Standing, CNN International, Stand Up Australia, Thursday Night Live, Getaway, Joker Poker and Sydney Comedy Festival Gala.

Internationally, Chris has performed in America, New Zealand, Malaysia, on P&O Cruises in the South Pacific and as part of 3 Forces Entertainment tours to the Solomon Islands, Egypt and Dubai to entertain the Australian Troops. As an international finalist Chris ap- peared on America’s hit comedy show Last Comic Standing.

Chris is an award winning writer/actor/director with his short film ‘Embellish’ and his two comedy webseries The Guide to being a Successful Man and The Parents.

Chris Radburn headlines Comedy in the Garden at the Byron Brewery on Friday 7 July – the regular monthly night of featured funnies. MC for the evening is the hysterical and Guinness Book of Records holder for longest comedy show (over 36 hours) Lindsay Webb a comedian renowned for his gift for crowd work, and support for the evening is the dry wit of our local comedy genius Ellen Briggs.

“…reveals himself for the true professional observer he is.” Rip it Up

This is going to be an incredible night of comedy. Friday 7 July at the Byron Brewery. 8pm. Free.