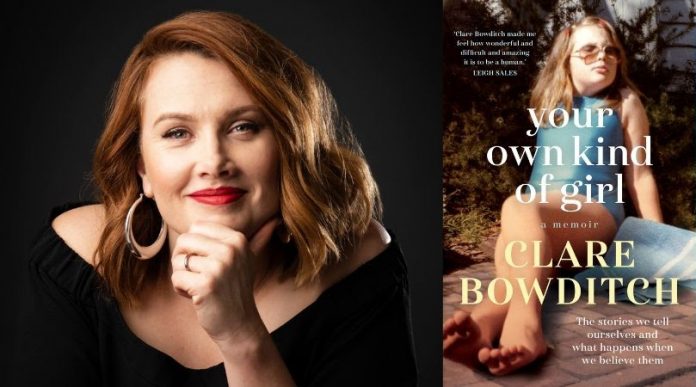 Byron Writers Festival is bringing ARIA award-winning singer/songwriter Clare Bowdtich to Byron Theatre on Tuesday 5 November to talk about her powerful new memoir Your Own Kind of Girl. The event will include a candid conversation with Dumbo Feather’s Berry Liberman, followed by a live and intimate musical performance.

Clare Bowditch has always had a knack for telling stories. Through her music and performing, this beloved Australian artist has touched hundreds of thousands of lives. But what of the stories she used to tell herself? That ‘real life’ only begins once you’re thin or beautiful, that good things only happen to other people.

Your Own Kind of Girl reveals a childhood punctuated by grief, anxiety and compulsion and tells how these forces shaped Clare’s life for better and for worse. This is a heart-breaking, wise and at times playful memoir. Clare’s own story told raw and as it happened. A reminder that even on the darkest of nights, victory is closer than it seems.

With startling candour, Clare lays bare her truth in the hope that doing so will inspire anyone who’s ever done battle with their inner critic. This is the work of a woman who has found her true power – and wants to pass it on.

The event will take place at 6pm, Tuesday 5 November at the Byron Theatre. Tickets from $30 via byronwritersfestival.com/whats-on or call 6685 5115.