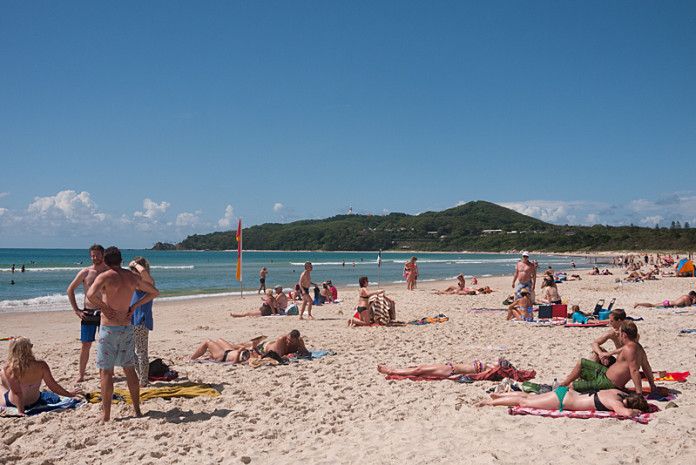 Byron Bay Carols by the Sea is here again, presented by the combined churches of Byron Bay, and directed by award-wining jazz and gospel music artist SHARNY RUSSELL.

Christmas is a time for gathering together with friends, family and loved ones, and we would like to invite you to a night of carols beside our world-famous beach during twilight, singing some of your favourite Christmas carols.

Carols by the Sea is a free family event held at Apex Park in beautiful Byron Bay, on the beach end of Jonson Street Byron Bay, opposite the ‘Beach Hotel’. Carols by the Sea starts at 6:30pm, Friday 11 December and will feature Byron’s iconic djembe drumming, and of course an appearance by SANTA.

This year, dynamic international touring children’s entertainment ensemble THE TOADS from Coffs Harbor will be delighting the children with their animal costumes, whacky humor, and great audience rapport.

Music for the carols will be provided by SHARNY RUSSELL, band and singers, and there will be performances by young local singers and entertainers, plus a special appearance by successful local singer/song-writer DAN HANNAFORD and his daughter IMANI.

Byron Carols by the Sea thanks the major sponsor BYRON MINISTER’S FELLOWSHIP for their support. Flameless candles will be for sale at the event.