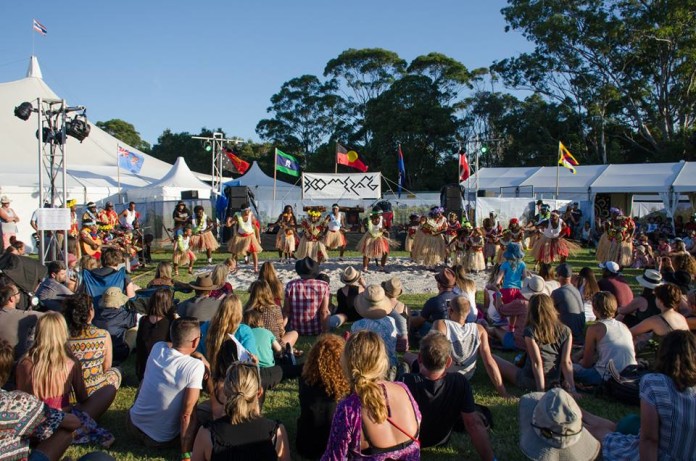 Boomerang Festival launched successfully in 2013 only to be hit with cuts to funding for both arts and Indigenous programming for the east coast of Australia, putting it on indefinite hiatus. Boomerang needs upwards of $800,000 to become a stand-alone festival once again, and a minimum of $200,000 each time it presents at Bluesfest.

The ultimate goal for Rhoda and Peter is to make Boomerang Festival the foremost Indigenous arts and culture festival in the world. The ambition is huge, but Peter, Rhoda and their team believe the time is right and Australia is ready to step out on the world stage and become known as the destination for authentic and quality Indigenous cultural exchanges.
The Northern Rivers and greater community agree, and in a mammoth exercise, a large and diverse group of business and community leaders are uniting with Boomerang and each other, to achieve this goal, together as a community.

Local businesses and individuals are standing side by side with Boomerang, building an exciting, rich program of events that focus on creating access to Aboriginal culture and knowledge, and celebrating a united future together as country.

Boomerang Director Rhoda Roberts says “These businesses are renowned for their standard of excellence, and that they want to partner with us is truly exciting, because excellence is what we stand for too. It’s about sharing and working together to truly close the gap. This is the future of what partnerships looks like, and we’re leading the change right here on my country. It means so much”.

Jeff Bennett of The Three Blue Ducks, says “We’re so proud to be able to support the Boomerang Festival and help raise awareness of Aboriginal art and culture. It’s great that Bluesfest has given it a home and if 2016 was anything to go by, then 2017 is bound to be another amazing display of cultural performances from around the world”.

Whilst we work toward Boomerang becoming its own event again, Bluesfest is committed to hosting it and building support each year until we achieve our goal. But it cannot proceed without adequate funding. Rather than waiting for government support, were inviting the community to join us making this happen together.

Let’s all work together and make Bundjalung the example of how we work together to affect positive change as an entire nation. Boomerang invites you to the series that will educate, entertain, and enlighten, all throughout our great region, throughout the year.

Details of each event will be released through the year, and information will be available via www.boomerangfestival.com.au

In addition to attending the events, you can donate any amount you chose on the homepage of www.boomerangfestival.com.au or at the time of purchasing your Bluesfest 2017 tickets via www.bluesfest.com.au