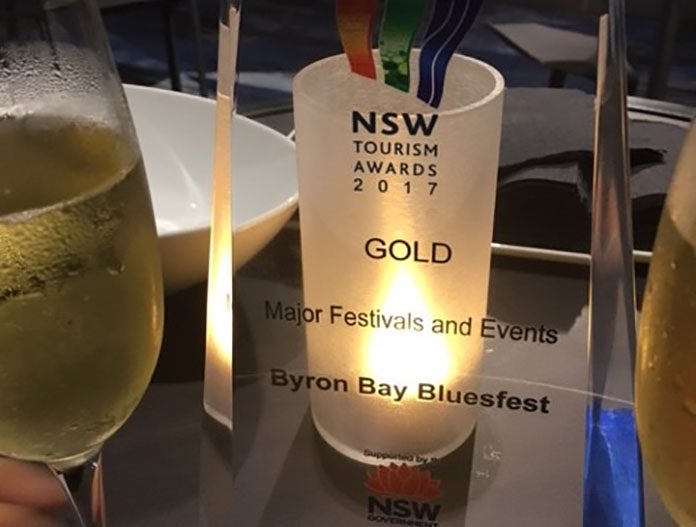 It’s a win that will place them in the NSW Tourism Hall of Fame. For the third year in a row Bluesfest Byron Bay has won Best Major Festival & Event at the NSW Tourism Awards. The competition was particularly fierce in 2017 with Vivid Sydney, 2017 Tamworth Country Music Festival and The Sydney Gay & Lesbian Mardi Gras all in contention for the title.

“Pinch me I’m dreaming, we just won Best Major Festival and Event at the NSW tourism awards for the third year in a row. Never in my wildest dreams did I think this would happen. I would like to thank everyone associated with presenting the event for their incredible dedication and professionalism.”

Bluesfest is proud to be a major driver of tourism to the Northern Rivers region, bringing $107 million and 32,000 visitors in 2017.