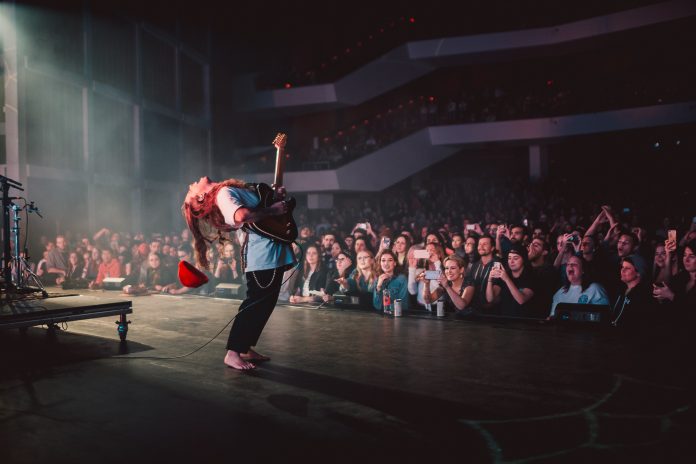 With just over 90 days to go until the gates of Tyagarah Tea Tree Farm swing open for Bluesfest 2019, we are proud to announce the following artists will be joining the 30th Anniversary Celebration:

With more artists yet to be announced…

With tickets selling faster than any other Bluesfest in history, we are heading for a spectacular celebration and sell-out festival this April.

Festival Director Peter Noble is getting excited about the 30th Anniversary Celebration stating “Following hot on the heels of The Raconteurs/Saboteurs announcement featuring Jack White, we have four more fantastic artists joining the bill. This announcement features the hottest selling female artist in Australia right now – the incredible Tash Sultana returning to Bluesfest following countless sell outs and major festival slots around the planet, including an incredible 12,000 tickets sold recently in London, and in June she will headline at the 10,000 plus capacity Alexandra Palace there! Tash Sultana is on fire and Friday at Bluesfest featuring Tash, Iggy Pop, Gary Clark Jr., Hozier and the superlative Norah Jones is surely now one of the greatest days of music to have ever been presented at Bluesfest.

What can you say about New Zealand’s SIX60 that hasn’t already been said – their albums have gone NINE x Platinum in their home country, their singles 25 x platinum, not to mention 6 further gold singles and 10 wins at the New Zealand Music Awards including Best Group in 2018 and both the highest selling single and album. In February SIX60 will play at Western Springs Stadium in Auckland having sold out all 50,000 tickets in 10 weeks and selling out more than five months before the concert. The first band from New Zealand to have EVER sold out Western Springs, an event site where U2, David Bowie and the legendary Bob Marley and the Wailers have performed. They truly are the highest selling artist to have emerged from New Zealand and will be playing at Bluesfest on our opening night, Thursday April 18th. Ocean Alley will join SIX60 to play on our opening night at Bluesfest. From Sydney’s Northern Beaches, they have come into their own in 2018. Fresh from their recent US tour and multiple sell outs in venues across Australia, their chilled out cruisy blend of 70’s Psych crossed with Reggae and Rock style has found them a legion of fans. Currently Sportsbet has their single “Confidence” to win the Triple J Hottest 100 on Australia Day. Go Ocean Alley!

Melbourne based, South American artists Amaru Tribe play music you can’t sit down to! They are Oscar Jiminez’s latest sizzling band featuring Australian based musicians hailing from Venezuela, Colombia, Chile and Argentina and they are truly one of Australia’s finest bands. They play Cumbia in a pulsating Latino way and other Colombian and South American styles, these guys ROCK! We have introduced many fine bands who have gone on to greater things at Bluesfest and here is one more.

There are more announcements coming so stay tuned! Our 30th Anniversary Bluesfest is on Fire! We are forecasting a sell- out. What are you waiting for…”