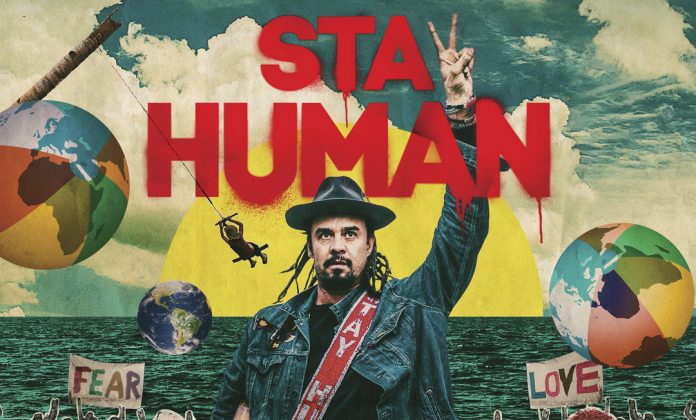 Michael Franti reflects on his own personal journey facing adversity as a child, struggling to find his voice as a musician, and how he came to find inspiration through six stories of extraordinary change makers from the Philippines to South Africa. Through these stories, he hopes to inspire citizens of our planet to STAY HUMAN.

Byron Bay Film Festival has announced the film that will be screened as part of this year’s Opening gala evening – featuring a larger-than-life character with a special place in the hearts of Byron locals.

Michael Franti, who played Bluesfest for the 10th time in April, opens the festival with the International Premiere of his film, Stay Human.

Franti is a social activist as well as a musician, and in Stay Human he seeks out six “change-makers” in communities from the Philippines to South Africa.

“My documentary Stay Human takes us on an experiential journey through music and stories of some of the most inspiring people on the planet that I’ve met along my travels, who have chosen to overcome cynicism with optimism and hope,” Franti says.

They are people whose selfless and purposeful lives show what it means to be fully human and what it takes to stay that way, offering solutions in a seemingly hopeless world through artistic passion, creativity and service.