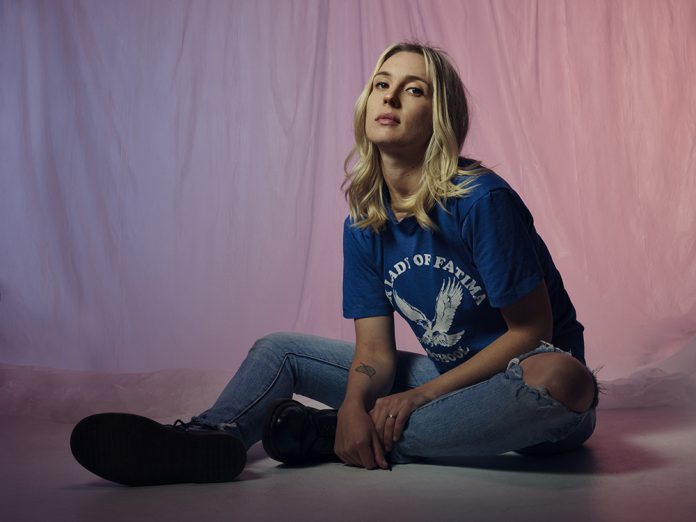 If there’s one thing which is undeniable about Ali Barter, it’s her uncanny ability to capture frank, sometimes messy emotions in memorable song form. We saw it in moments like ‘Girlie Bits’ and ‘Cigarette’ from her 2017 critically-acclaimed debut album A Suitable Girl. Now, Ali returns with her first new music and video via the frankly titled ‘Ur a Piece of Shit’, an unconventional love letter created with and for her best friends about the strength of their shared experiences out now, proudly on Inertia Music.

On the surface, ‘Ur a Piece of Shit’ arrives as a scuzzed-out, pop-punk rager, helmed by Ali’s unmistakable, classically trained vocals. But to listen with intent reveals the song’s nuance. We see that the title is no criticism, and is instead wholly endearing, where dark themes are lightened by the world’s oldest psychological salve – humour. Through the collective mantra of “your life is a mess, and so is mine” emerges a relatable coming-of-age song, completed by the understanding that whilst trauma can often binds us to the past, more often, it binds us to each other. “Ur A Piece of Shit’ is an ode to my best friends. It’s about the things we went through as teenagers and how they’ve affected us in adult life, and how those experiences have bound us together,” says Ali, “I also invited my girls into the studio to sing on the song. So, you can hear them all in there; my little Piece Of Shit Choir.”

The past two years have seen the former choirgirl and triple j Unearthed winner come into her own since the release of her debut album A Suitable Girl to triumphant reception in 2017, including a top 20 debut in the ARIA charts, and lead single ‘Girlie Bits’ taking out a spot in the triple j Hottest 100. The album was feature album across triple j, FBi Radio, Radio Adelaide and Rabbit Radio, saw airplay support on Beats 1 and Radio 1, was heralded by Tone Deaf as “an album that struck a nerve with Australia”, with Sydney Morning Herald proclaiming “Barter’s star is clearly rising”. On the live front, she completed two sold out headline tours and multiple festival slots, supported The Rubens, The Jezabels, Stevie Nicks and Chrissie Hynde and completed an extensive 40 date regional tour with The Preatures throughout 2018. She recently wrapped up a string of support shows with Liz Phair, who she cites as a personal influence and idol.

Ali will be joined by local female fronted acts The Oogars and Sophie Ozard for this Friday’s show at Byron Bay Brewery. Tickets are available via Oztix.