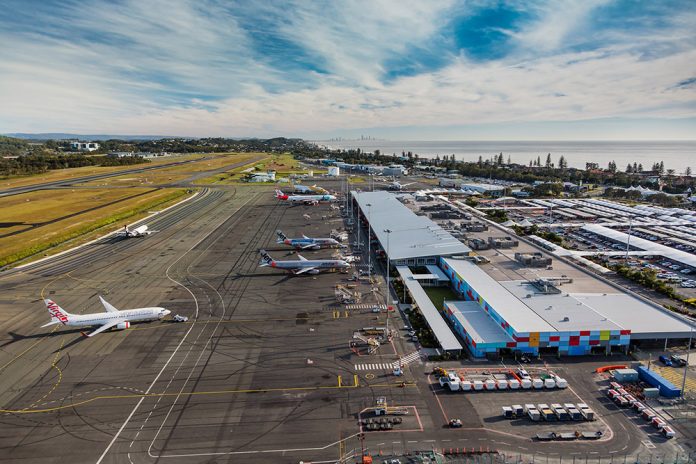 The records keep coming at Gold Coast Airport, with the busiest day in history landing in January and toppling the previously highest day – just 15 days after it was set.
On 7 January, 24,585 passengers arrived and departed the airport, which is a larger number than the population of Maryborough. The previous record of 24,076 was set on 23 December 2017.

The month of January was also the busiest in GCA’s history, with more than 650,000 passengers passing through the terminal – an increase of 4.2 per cent on January 2017.

Queensland Airports Limited CEO Chris Mills said it was a strong start to what would be a momentous year for the company’s largest airport.

“Both December and January were extremely busy for passenger movements and our ability to handle these peaks have put us in good stead for the thousands of people about to descend on the city for the Commonwealth Games,” Mr Mills said.

“In March the airport stands up for the arrival of Games athletes, officials, media and spectators, and we expect the arrival and departure periods for this event to be comparable to the usual peaks we see over Christmas and New Year.

“The month of January was particularly strong from a domestic perspective, with growth on our core markets of Sydney and Melbourne, and a significant increase in passengers on the Canberra route thanks to re-timing of the service to better suit leisure travellers.
“Internationally, Singapore and Tokyo were standout performers.”