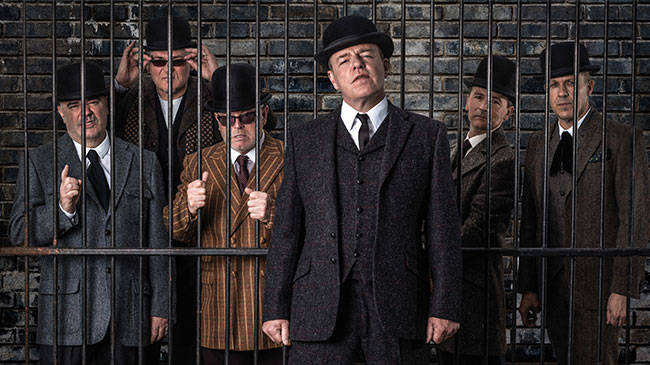 Today, Bluesfest Byron Bay, Australia’s iconic and award winning 5 day Easter Festival (13th to 17th of April 2017), which has proudly been nominated once again as ‘Best International Festival’ by the US based Pollstar Awards, adds 12 more incredible artists to its ever-growing Festival bill. In Bluesfest tradition they are an eclectic group, what they share in common however is true artistic vision and talent. This round marks the 6th Announcement for the 2017 Festival, and with more exciting announcements planned for coming weeks Bluesfest really is on a roll.
Added to the Festival line up today are English Ska icons Madness, who will bring their blend of ska, British pop and soul to Bluesfest for the first time coming Easter. Starting out as the North London Invaders in 1976, Madness have remained a British Phenomenon completing the ‘ultimate invasion’ by performing their momentous hit ‘Our House’ on the rooftop of Buckingham Palace at the Queens Diamond Jubilee Concert, as well as bringing down the house at the Closing Ceremony of the London Olympic Games. Bluesfest is honoured to be bringing the nine member, all-star concert experience Miles Electric Band to Australia for the first time. The band has been created in association with the Miles Davis Estate to bring his music to new generations. The group features Miles Davis alumni including Grammy nominee Robert Irving III, legendary Parliament Funkadelic guitarist Blackbyrd McKnight, Munyungo Jackson and Grammy winner Vince Wilburn, Jr. (Davis’ nephew) on drums. Darryl Jones, recognised for his recordings with Davis, Sting and decades long tour duty for the Rolling Stones provides the bass backbone. Finding a trumpeter to join this illustrious group was no small task, but when the Davis Estate heard Grammy winner Christian Scott play, they knew he was worthy. True Jazz fans won’t want to miss the rare chance to see this collective of Jazz icons playing together.